James Blake has announced his new album, Friends That Break Your Heart, and with it, the Finneas-starring video for the first single “Say What You Will” and U.S. fall tour dates.

“The song is about finding peace with who you are and where you’re at regardless of how well other people seem to be doing,” Blake said of “Say What You Will” in a statement. “Comparison really is the thief of joy.”

Finneas isn’t the only guest on Friends That Break Your Heart, which Blake described as a concept album: SZA, JID, SwaVay, and Monica Martin also make appearances on the LP. 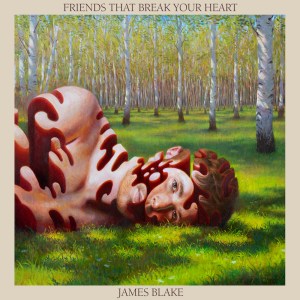 Friends That Break Your Heart Tracklist

M.I.A. is giving herself her own flowers on her latest single, “Beep,” set to appear on

‘Futurama’ Producer: Coolio’s Voice Will Appear as Kwanzaa-bot in ‘Best Send-Off We Can’ Give

Before his death on Wednesday at age 59, Coolio had been plotting his grand return to

Arctic Monkeys stopped by The Tonight Show to perform their latest song, “Body Paint.” The rock