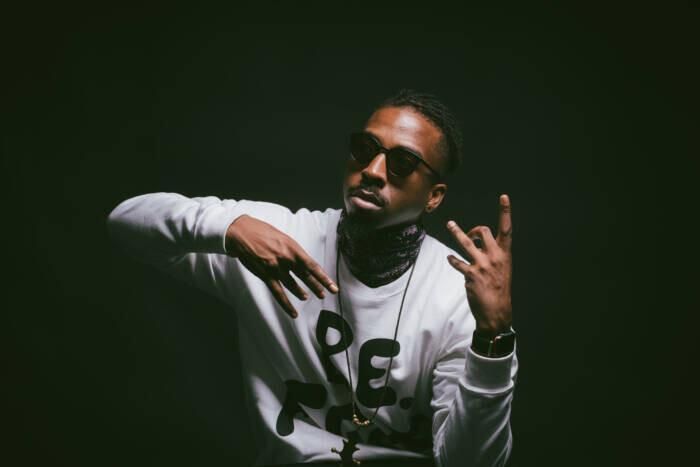 Rapper and multimedia artist Jack Preston reunited with longtime collaborator and West Coast producer Jon Bom for The River, Preston’s first full-length project since 2015. Released earlier this year, the album reintroduced the pair’s progressive sound established on their groundbreaking opus End of The Future.  Inspired by Taoism, The River is a motivational body of work that uses Preston’s resilience through life-changing events as a testament to the ability of an everyman to get out of his own way and allow his extraordinary abilities to shine. On the album’s fourth single “OTG”, Preston asserts his confidence as an emcee over Bom’s sparse, hard-hitting production. The song’s official music video, directed by WillC & Tana of StreetHeat, debuted today (2/17/2022) on Preston’s YouTube channel.

“‘OTG’ (Off The Grid) represents being aware of your surrounds and knowing exactly where and how to execute in any given situation. With the first line of the song being “Mr. Preston here to claim my spot…”, I’m letting it be known that I’m here to make a mark. Even when I’m moving silently, I’m always ready to make noise. My unassuming nature may make others underestimate just how deadly my attack can be. This is my warning shot and claim to my proper spot amongst the greats.” – Jack Preston

“The energy of this track is hype but also relaxed in its confidence. The beat is stripped down to let the vocals shine. We also went with a minimalist approach in terms of doubling vocals, and really letting the performance take center stage. No reliance on stacks of over dubs. The energy carries the song.”  – Jon Bom

Bom’s production on The River seamlessly blends Electronic and Hip-Hop throughout, complimenting Preston’s dynamic delivery, as he effortlessly wields both rhyme and melody, channeling the ethos of progenitors like the Dungeon Family and UGK, and current luminaries like Travis Scott and the late Juice WRLD. Now available on all digital streaming platforms via The Dojo Collective/Soulspazm, The River is also a nod to the coastal North Carolina community called North River (or “The River”, for short), where Preston was born.

Is It Too Soon To Put Eminem in the Rock Hall of Fame?