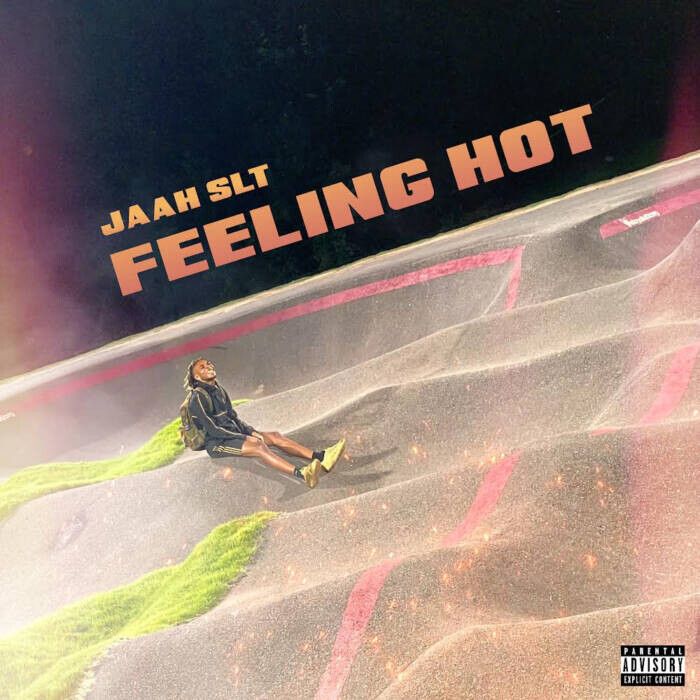 Jaah SLT delivers his rhymes with a head full of steam, unleashing flex after flex in quick succession. Today, the fired-up North Carolina native shares “Feelin Hot,” a new video single ideal for the dog days of summer. Blessed with a hyperactive beat that goes from 0-100 in less than a second, the new song finds Jaah leaning into the song’s swirling synths, finding a deep pocket as he talks his smack: “What you gettin’ mad for, don’t you got a n*****/He be in my DMs tryna get a f*ckin feature.” Directed by LKS Visuals, the video for “Feelin Hot” is filmed in crisp black-and-white, packed with references to films like Memento, The Seventh Seal, and The Usual Suspects. In the clip, Jaah tears through the streets of Charlotte with a couple associates and plays chess against his only worthy opponent–himself. “Feelin’ Hot” is Jaah’s third video of this scorching-hot summer, following previous clips for “Rent Free” and “Toxic.“

The 20-year-old Alamo Records signee is currently preparing a new project, set to release in the coming months.Jaah’s new project will follow in the wake of “In My Bag (Remix),” featuring Dallas diva Erica Banks. The original “In My Bag” gained particular traction in Texas, the home of chopped-and-screwed music, thanks to a TikTok dance trend set to a slowed version of the song which inspired over 157k video creations. Before releasing the Erica Banks-featuring remix, Jaah shared a Houston-style remix of the song produced by club god BeatKing. With over 1.5 million streams on Spotify, “In My Bag” was the second TikTok hit for the North Carolina native, following 2019’s “Tuff“ which hit 27 million streams after generating over 250k video creations on the video platform.

“Feelin Hot,” “Rent Free,” “Toxic,” and “In My Bag (Remix)” are clear signs that Jaah SLT will be the latest young star out of North Carolina. Stay tuned for more music from the budding star in the near future.