We had a chat with Jeremy, who is the guitarist and vocalsist of Rival, Montreal's auspicious hard-rock quartet. Check out! How did Rival start? How did you establish your band?  We started in the fall of 2013 after I had just moved to Montreal from Vancouver. Mike (drummer) had responded to a craigslist post I made looking for people interested in starting a band. After a single jam we planned a second and this time Mike's co-worker, Matt (guitar) joined us. Mike remembers as he was setting up the drums, Matt and I started noodling and playing off one another a bit and he knew there was some chemistry there. The three of us could make some great music together. Motivated by our jam with all three of us, Mike signed the lease that night for a monthly jam room for us and Rival was born. Although, it did take a little longer to come up with our name. Corrado (bass) joined us in 2017 after our previous bassist left to pursue work in photography.  How would you describe your sound? What’s your musical inspiration?  Loud, heavy and diverse. Describing or trying to pigeonhole our sound into a niche has been difficult because our inspiration is all over the place. We go from classic rock to modern metal and everything in between.  Lyrics or melody - what is the element that drives your creating process? I'd say melody will often inform the lyrics as we will most often write songs instrumental first. But the lyrics are very important to me as a singer.and sometimes we will rework the instrumentation to make a new lyrical idea fit. How is this album different from the previous releases? The maturity of our song writing. We have really disciplined our craft on this release. The lyrics go a little deeper, the takes are cleaner and the songs are more coherent with one another. Also, this is a proper studio album. While our last release was entirely produced in our small square jam room we teamed up with Matt Nozetz at Avebury Studios for this album. 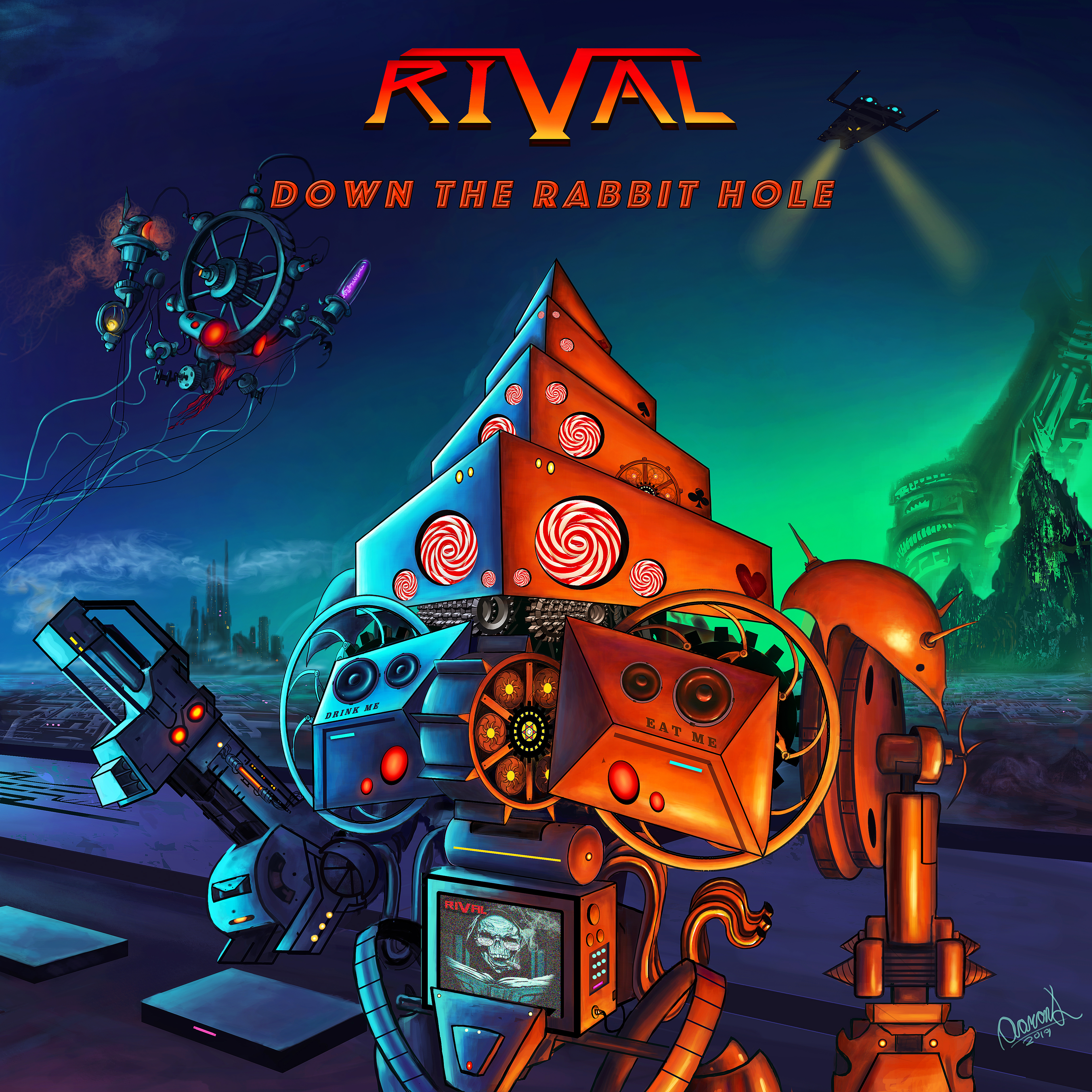 Can you tell us more about the artwork? It’s a very unique cover! We worked with a very talented artist by the name of Aaron Loveday to produce this awesome artwork. We started with an idea of having something Salvador Dali-esque because we liked the surrealist aspect of his art. After listening to some of our tunes, Aaron shifted the idea into a more futuristic sci-fi type image, which I would say suits the album way better. Everything in the image represents some aspect of our music. The robot is my personal favorite as it has some sneaky references to Alice in Wonderland and incorporates our previous album cover in the TV.  What’s next for Rival? What are your plans for the upcoming fans?  A potential fall tour. We are working on a plan for that at the moment. We will also be undergoing a big change in that I will be moving back to Vancouver in July. Despite this we plan to continue creating music together and would very much like to get another album out. Any chance to see you live? Are you planning any shows?    Our album launch show is March 13 in Montreal at L'hemisphere Gauche. We also have a few dates in surrounding cities through the spring.