A woman wakes up in a rowboat. She’s in the middle of a lake. She has no idea how she got there. Worse, she has no idea who she is.

This is a hell of a starting point — the possibilities seem virtually limitless for the kinds of stories you could tell from here. In this case, though, it’s not a beginning, but a continuation: the premiere of the belated second season of Amazon’s Homecoming. And the story that unfolds as the woman figures out her identity is ultimately too much of a rehash of Season One. It’s a watchable but ultimately wasted opportunity not only to use that rowboat image, but also to revisit the world of Homecoming, and to give Janelle Monáe her first significant TV role.

Monáe plays the woman in the boat, who finds a military ID in her pocket suggesting her name is Jackie. Memory loss was a problem for her predecessor as the show’s main character, Julia Roberts’ social worker Heidi. In one of Season One’s two timelines, Heidi recalled nothing of what she had done in the other, as counselor to military veteran Walter (Stephan James). Eventually, it was revealed that Heidi was part of a project, Homecoming, designed to erase the memories that cause PTSD and allow soldiers to return to combat. To punish herself and protect Walter from being put in harm’s way again, she fed them both an extra dose of the amnesia-causing drug.

Heidi’s memory problems were a mystery that Season One carefully teased out over 10 episodes, bouncing back and forth between her time with Walter and a near future where a Department of Defense investigator forces her to remember what she did to Walter and the other soldiers. Admittedly, the 18 months between seasons may have acted as its own version of the Homecoming drug, but when you go in knowing such a plot device exists, the question of what happened to Jackie becomes a much narrower one.

But that could be said about most of Season Two. It’s seven episodes instead of 10 — all, like last time, hovering around the 30-minute mark — and the story itself seems much more narrow than the original, almost as if it exists solely to fill in the few blanks left by what was already a fairly complete and satisfying entity.

Even if you remember the broad strokes of Season One — the two timelines, the fact that the amnesia timeline largely looked like it was shot as a vertical iPhone video, the crackling energy between Roberts and James, maybe even the collapsible reading glasses worn by Shea Whigham’s Columbo-esque DOD sleuth — you probably have long since forgotten that it ended with a scene involving a minor character, Audrey. Played by Hong Chau, Audrey appeared to be a receptionist at Geist, the shady corporation behind the Homecoming protocol, but in a mid-credits scene, she somehow has the juice to turn Bobby Cannavale’s evil exec Colin into the fall guy for the whole project, and rubs some strange red chemical onto her wrists.

Season Two has the new story about who Jackie is and what happened to her, and it eventually circles back to Walter in the Pacific Northwest town where Heidi left him. Mostly, though, it’s interested in explaining that Audrey-Colin scene, and in exploring the larger dynamics of a company that would make such a monstrous drug. Given the streak Hong Chau is on over the past couple of years — including the best episode of another Amazon show, Forever, a wicked turn as the brilliant Lady Trieu in HBO’s Watchmen, and the new on-demand movie Driveways — entrusting her with more material is a more than reasonable idea. The season has a good amount of fun exploring how the seeming doormat of Season One could now be a stone-cold corporate killer, and in letting Chau toggle between the two as the story moves around in time. And once we learn how Jackie is connected to Audrey, both Chau and Monáe play well off each other. 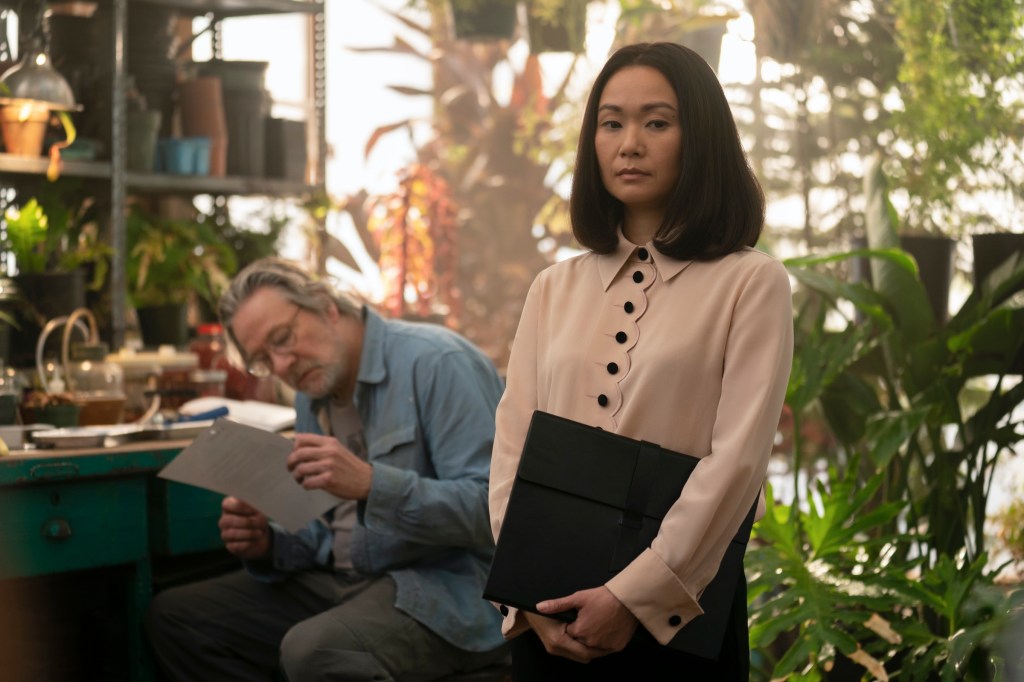 Their chemistry, though, isn’t as strong as it was between Roberts and James, nor is there nearly as much to the story and how it’s told. Rather than toggling back and forth between two timelines, the season spends several episodes in a row in one, then flashes back for several more to slowly explain how Jackie wound up in the rowboat, then snaps back to its own present. The storytelling is less lively that way. And despite Monáe again demonstrating she has cool screen presence to spare whenever she chooses to moonlight as an actor, Jackie is ultimately too passive a character compared to either Heidi or Walter the first time around — a cog in a machine, rather than the engine making it all go. When Walter himself finally turns up, James remains appealingly vulnerable, but he also feels too marginal without the friendship that was so crucial to the first season. Chris Cooper and Joan Cusack are excellent in underwritten supporting roles. (The story certainly doesn’t need more episodes, but some of the characters could have used them.)

Missed at least as much as Heidi is Sam Esmail, who directed every episode last season. The Mr. Robot creator is still involved as a producer, but Kyle Patrick Alvarez (The Stanford Prison Experiment) is the new director, and most of what he does feels like a decent approximation of the various directorial flourishes Esmail used: long, unbroken takes; split screens; etc. Esmail, though, was already mashing up techniques he loved from Alfred Hitchcock, Brian De Palma, and Alan J. Pakula, among others, which makes certain segments of the new season a tribute act to a tribute act; and there’s less of it, so the split screens and unbroken takes feel more obligatory than playful this time out.

It’s all watchable but inessential. When the title card for the finale appears and you see that it’s called “Again,” that will seem about right.