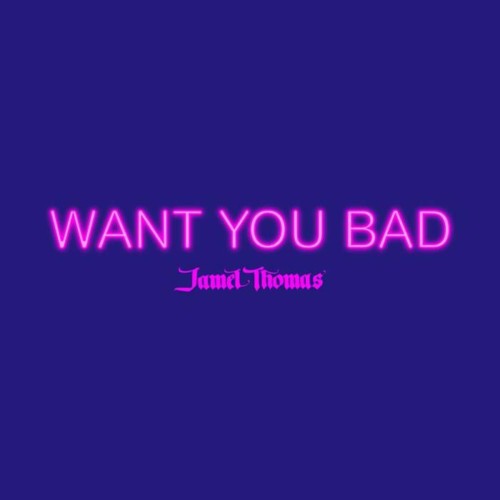 Jamel Thomas is an up and coming rapper, lyricist and instrumentalist based in musical hotbed city of Toronto, Canada. Making a name for himself with unrelenting and powerful live performances, Jamel is no stranger to the stage and rocking crowds. Following up an impressive catalog of indie releases, Jamel’s sound cleverly mixes a great blend of genres to create a vibe and style of hip hop that is all his own. Sharpening his skills working with a range of great producers and creatives, Jamel raps, sings and plays the guitar on the new single “Want You Bad” and shows complete control in his craft and delivery.

“Want You Bad” is a y new single to bring some heat to the winter months. The upbeat production produced by Florida native Lambo The Producer and catchy chorus give Jamel’s new single some major replay value.