The path to global music stardom used to be pockmarked with potholes. Artists would have to scratch out regular radio play in their home countries before having a shot at international recognition, and even then, finding your way into the ears of fans from Argentina to Zambia wasn’t a guarantee. You needed to be discovered, and that wasn’t always easy.

Spotify’s RADAR program is changing all that. The streaming service’s international emerging artist program aims to introduce a global community of fans to breakout artists that are transforming genres in their home countries — and poised to hit the big time on a global stage.

For artists like Filipino singer, songwriter, and producer Zack Tabudlo, the opportunity to get in front of a global audience is a leap forward in a career that’s been bubbling since he was 12 years old. Tabudlo’s soaring soprano voice brings to mind Bruno Mars and Adam Levine, the latter of which he imitated on the way to a deep run on the Philippines’ version of The Voice Kids.

10 Songs to Put on Your RADAR

Conor McGregor Plots Knockout of Dustin Poirier at UFC 264: 'I'm the Most Dangerous I've Ever Been'

Tabudlo is one of the dozens of international artists Spotify is supporting this month alongside ephemeral French singer-songwriter November Ultra and her gossamer track “Miel” and spitfire Korean rapper Ash Island with his single “MELODY.” Streaming has afforded artists more opportunities to reach international audiences, and for fans looking to see what’s climbing charts around the globe, all you need is a few clicks. Here’s what’s popping up on Spotify’s RADAR that you should be adding to your weekend playlist. 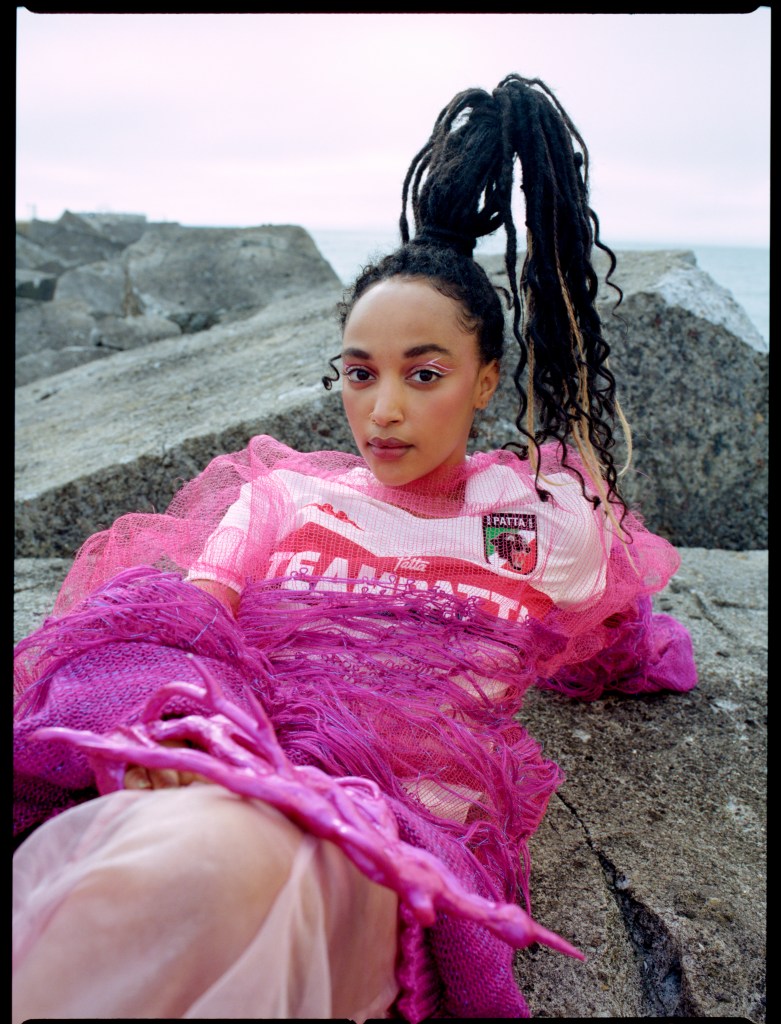 RIMON is a name you’ll surely want to remember. Born in Eritrea but raised in Amsterdam, the 24-year-old singer-songwriter has been a mainstay in the Netherland’s underground music scene since the release of her 2018 EP BBYGIRL FOCU$. Since then, she’s steadily grown her fan base, and in 2021 she looks to be poised for the mainstream breakout she’s dreamed of since she began writing at the age of 10. Her latest single, “Feed Me,” puts her writing skills on full display as she waxes poetic about a love that she can’t seem to get enough of.

The U.K. has been cultivating some of the most exciting female vocalists in the world, and Griff is another exhilarating entry in that dynamic run. The 20-year-old London native has been crafting kaleidoscopic pop orbiting around her powerful voice since 2019, and “One Foot In Front of the Other,” off her newly-released debut mixtape, showcases her potency as a lyricist, vocalist, producer and composer. It’s a song about getting back up after going through a dark moment in life and taking the baby steps towards healing and renewal. 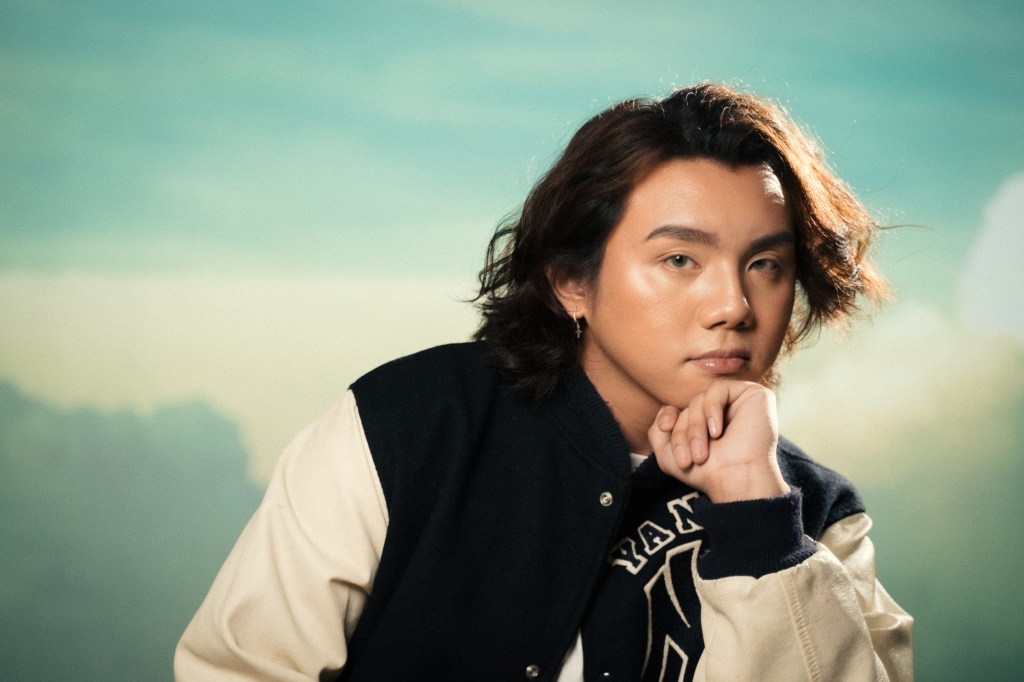 Teenage Zack Tabudlo is crafting poignant records about heartbreak that belie his young age. His single “Binibini” — Tagalog for “young woman” — is about the helplessly joyous feeling of falling in love, and its universally understood musings have placed the song firmly at the top of the Filipino Spotify charts for several weeks. The track’s music video is a departure from its lyrics by showing the other side of this meteoric kind of love: When it fizzles. Tabudlo recently collaborated with the producer James TW to create an English version of “Binibini” that is sure to bring his heartfelt messages to an ever-wider audience. 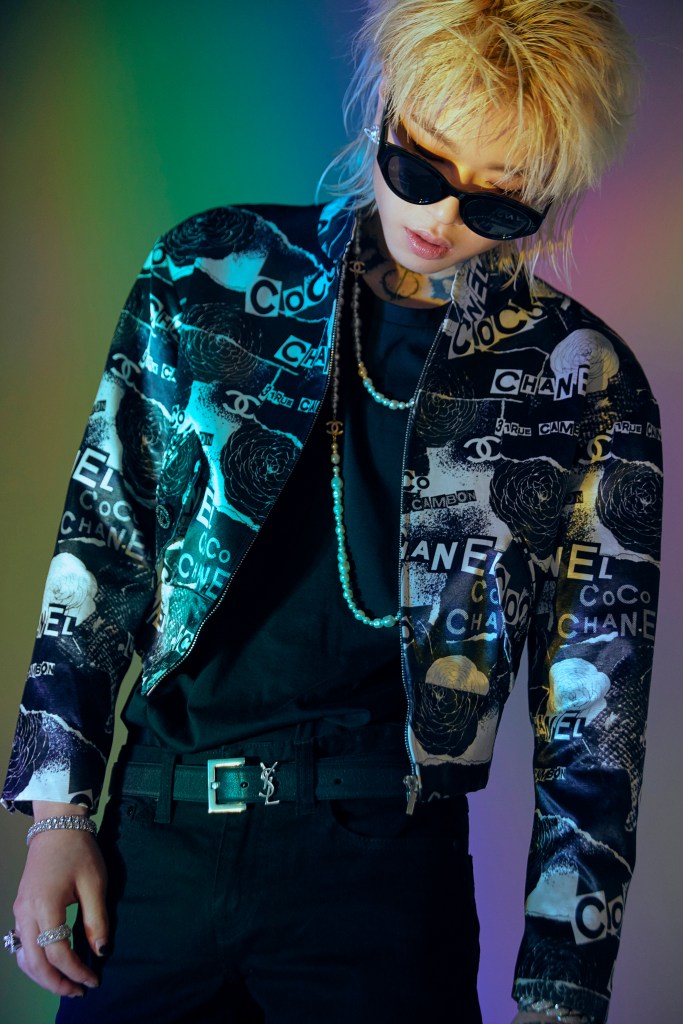 South Korea is best known for its chart-topping K-pop groups, but there’s a burgeoning hip-hop scene emerging in the country that deserves your attention. The 21-year-old rapper has been climbing the charts in his home country and took home the Best New Artist award at the 2020 Korean Hip Hop Awards. “MELODY,” a single from his 2021 album ISLAND, peaked at Number 21 on the Korean music charts and launched the young MC into the global music mainstream. The song exemplifies the range of Ash Island’s gifts as he impresses with captivating vocals on the chorus before showing off his rapping chops with the backing of a bouncy hi hat drum pattern. 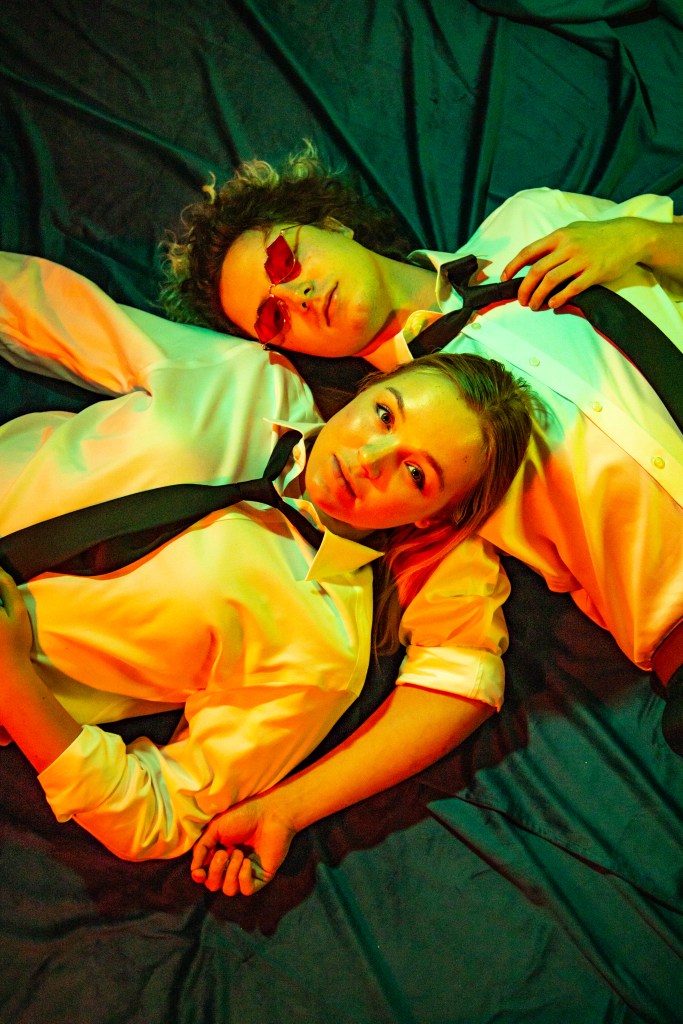 Babygirl – “You Were In My Dream Last Night” (Canada)

There couldn’t be a more appropriate track to propel Canadian indie duo Babygirl into the spotlight. “You Were In My Dream Last Night” is a perfect encapsulation of the downright dreamy music that collaborators Kirsten “Kiki” Frances and Cameron Breithaupt create under the Babygirl moniker. The song speaks of a dream where everything works out perfectly — and the devastation that follows when you wake up and realize that reality is much more complicated. “You Were In My Dream Last Night” bounds between sparse, pulsing production and glittery, synth-driven electro, creating a sonic dreamscape that’s equal parts ethereal and elastic. 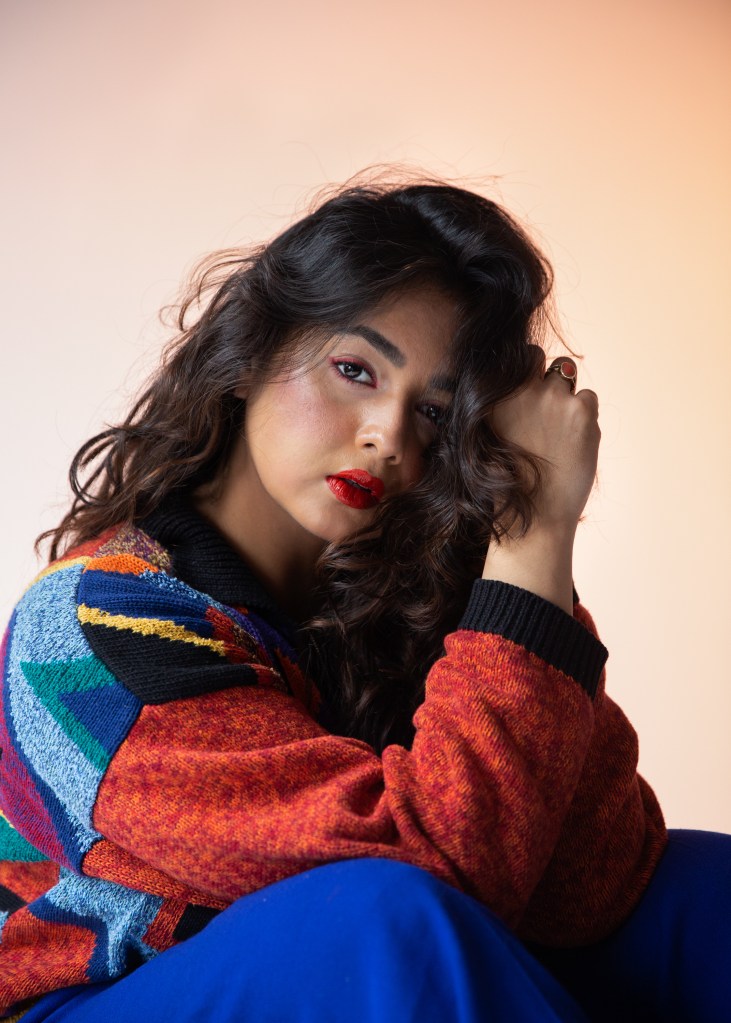 New Delhi-born and New York-based singer-songwriter Abhilasha Sinha has been crafting layered, cinematic ballads on topics like motherhood and long-distance love for the past several years. Traversing the distinctive cultures has allowed Sinha to explore songwriting in both English and Hindi, and “Jab Tum Miley,” her second Hindi song, has opened up a door to fandom in both India and the U.S. The track is both stripped down and vividly produced, creating an incredible tension that reflects a song about a love that bounds oceans and borders. 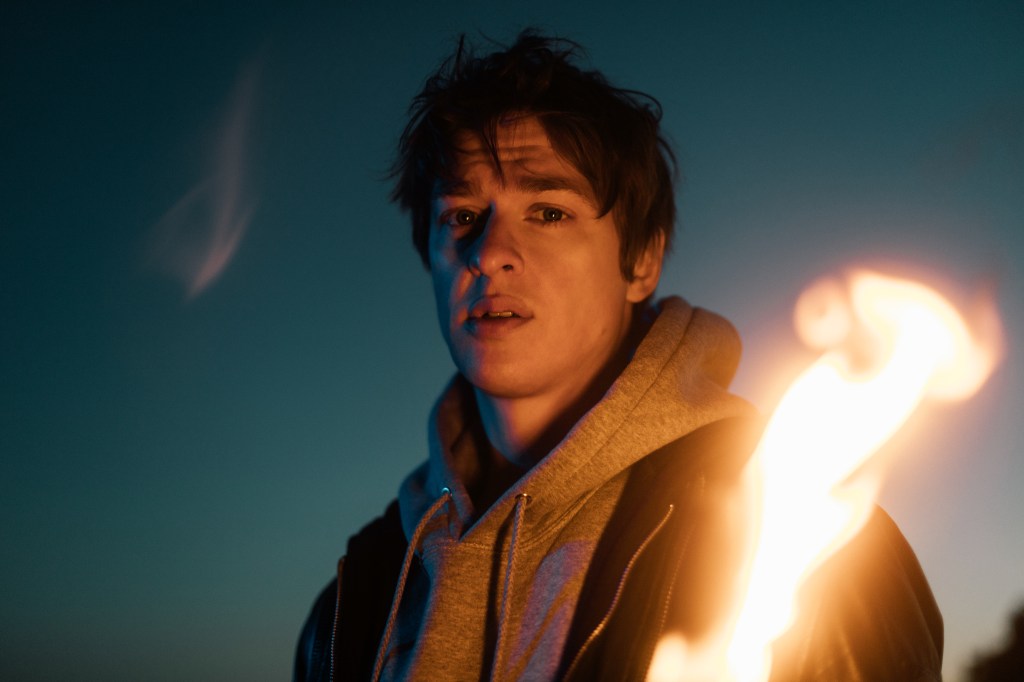 Germany’s hip-hop scene has blossomed over the last decade, and Schmyt is one of the most exciting artists to emerge from its ranks. The Berlin-based singer-songwriter mixes high-powered vocals with a unique flow and gothic production, crafting a sound that defies categorization while typifying Berlin as a cultural and sonic melting pot. On his latest single, “Keiner von den Quarterbacks,” Schmyt opts for a more emotive approach as he flaunts his ear for evocative melodies that he punctuates with harmonious vocals and a staccato rap verse for good measure. 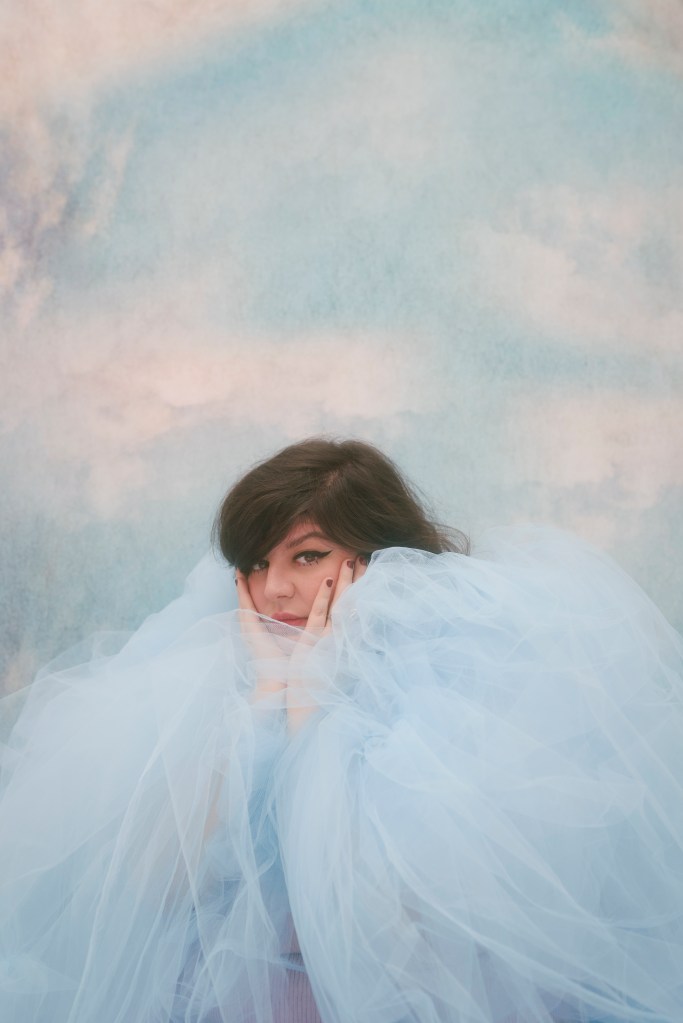 French singer-songwriter November Ultra’s “Miel” is devastatingly straightforward. The song tracks the gulf between two lovers who want different things from life and realize that staying together is more damaging than drifting apart. November Ultra has only released a handful of tracks over the last few months, but that abridged body of work speaks to an immense promise, and “Miel’s” vivacity and boldness is a sign of things to come. 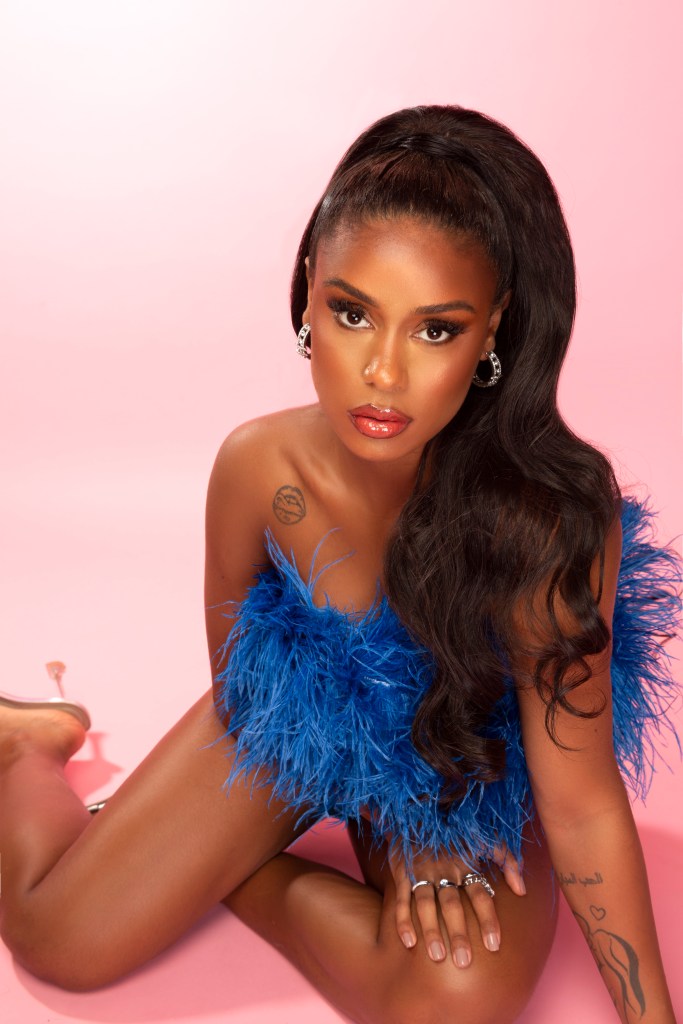 In recent years, Brazil’s female-identifying MCs have breathed new life into the country’s developing funk scene, and Rebecca is one of the most exciting names vying for the spotlight. The Rio de Janeiro-native jump-started her 2021 in a major way with the release of an electric track with countrywoman Anitta, and now, she’s returning with her latest single, “Catucada de Leve.” Produced by Umberto Tavares (Anitta, Lexa), the ambitious song seeks to alchemize the essence of the carioca music with the addictive rhythms of São Paulo funk. With catchy lyrics and energetic choreography, Rebecca’s new club-ready record is well-positioned for a major breakout in Brazil and beyond. 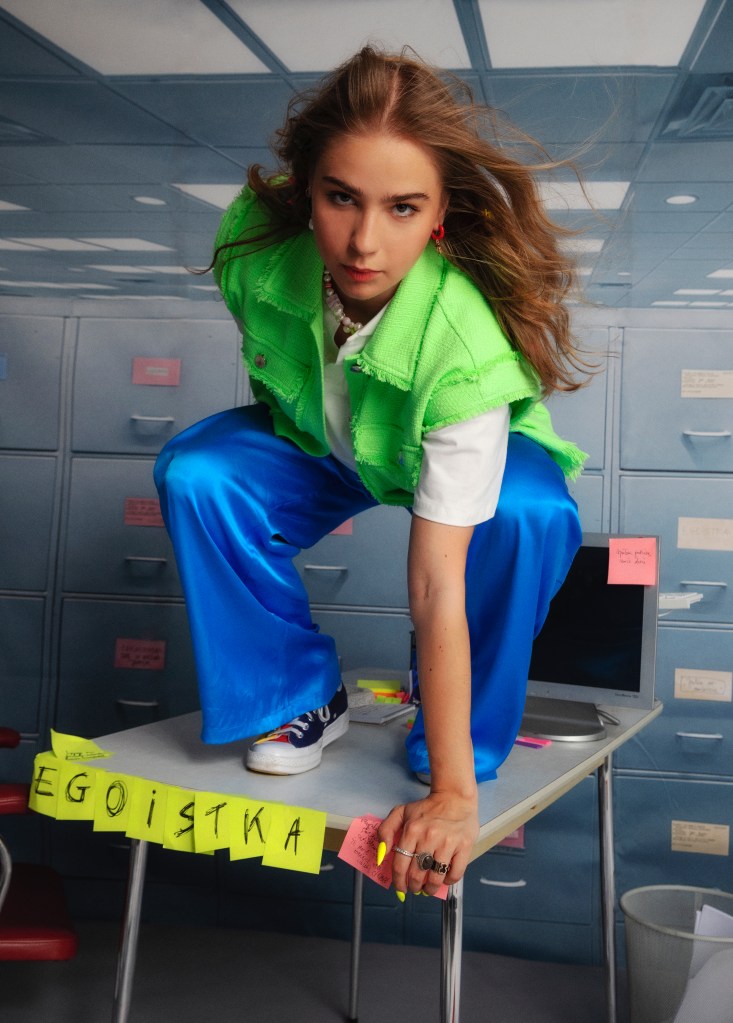 At just 21-years old, Polish artist Julia Pośnik seems to have an encyclopedic knowledge of genre and style. The Warsaw-native debuted after dropping her debut single “ID” in 2018, but it wasn’t until the 2021 release of “Egoistka”– a catchy pastiche of early 2000s pop punk – that catapult her onto Poland’s Top 50 chart and cement her spot in the limelight. Now, she’s back with her latest track, “Our Generation.” The song is a dreamy pop anthem about Gen Z,  its struggle to deal with superficial criticism online and the self-destructive patterns that can emerge in an effort to cope.