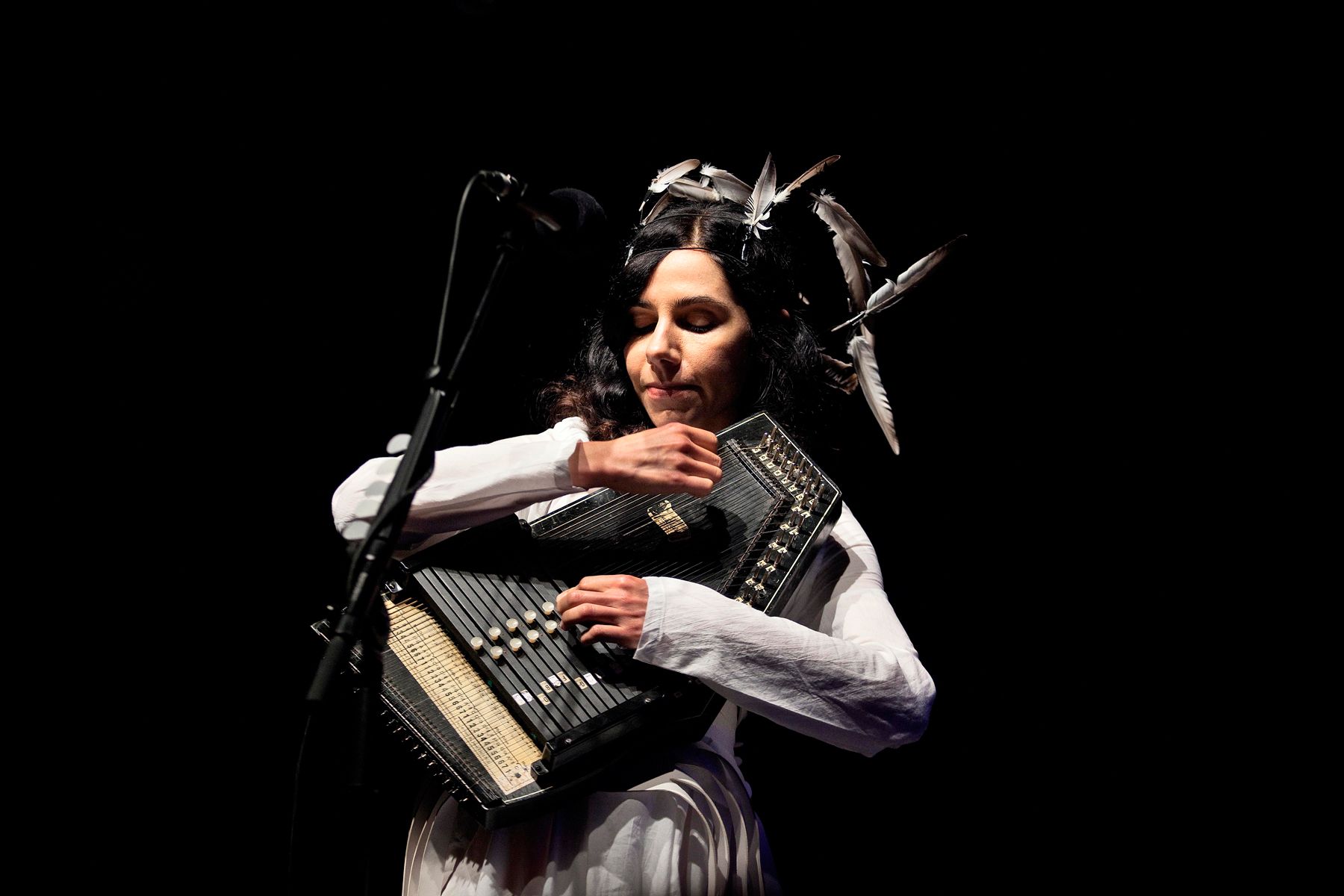 The track begins with a loop of the vocal group the Four Lads’ 1958 novelty hit “Istanbul (Not Constantinople),” which runs underneath her entire song. Although the song’s influence echoed in the studio version of the track, which became the title track of her 2010 LP, it was mostly in the rhythm of the percussion and guitar line. But here on the demo, you can hear Harvey singing along with the sample at the end. Another revealing moment comes when she starts playing along with the sample; it’s in a different key, adding to the chaos she’s singing about, and it foreshadows some of the dissonances of the album version.

The track will appear on Let England Shake – Demos, which contains early versions of the 12 songs that appear on the LP version of Let England Shake, which is also getting a vinyl reissue. When the album came out, it was a critical success. It won the Mercury Prize and Album of the Year in the Ivor Novello Awards. Both reissues will come out on Jan. 28. The demos’ release will also be available digitally and on CD.

The release is the latest installment of a reissue campaign Harvey kicked off last year with the demo of “Sheela-Na-Gig,” a song that later appeared on her debut album, Dry. She has subsequently offered vinyl reissues of each of her albums, as well as companion LPs of the demos.