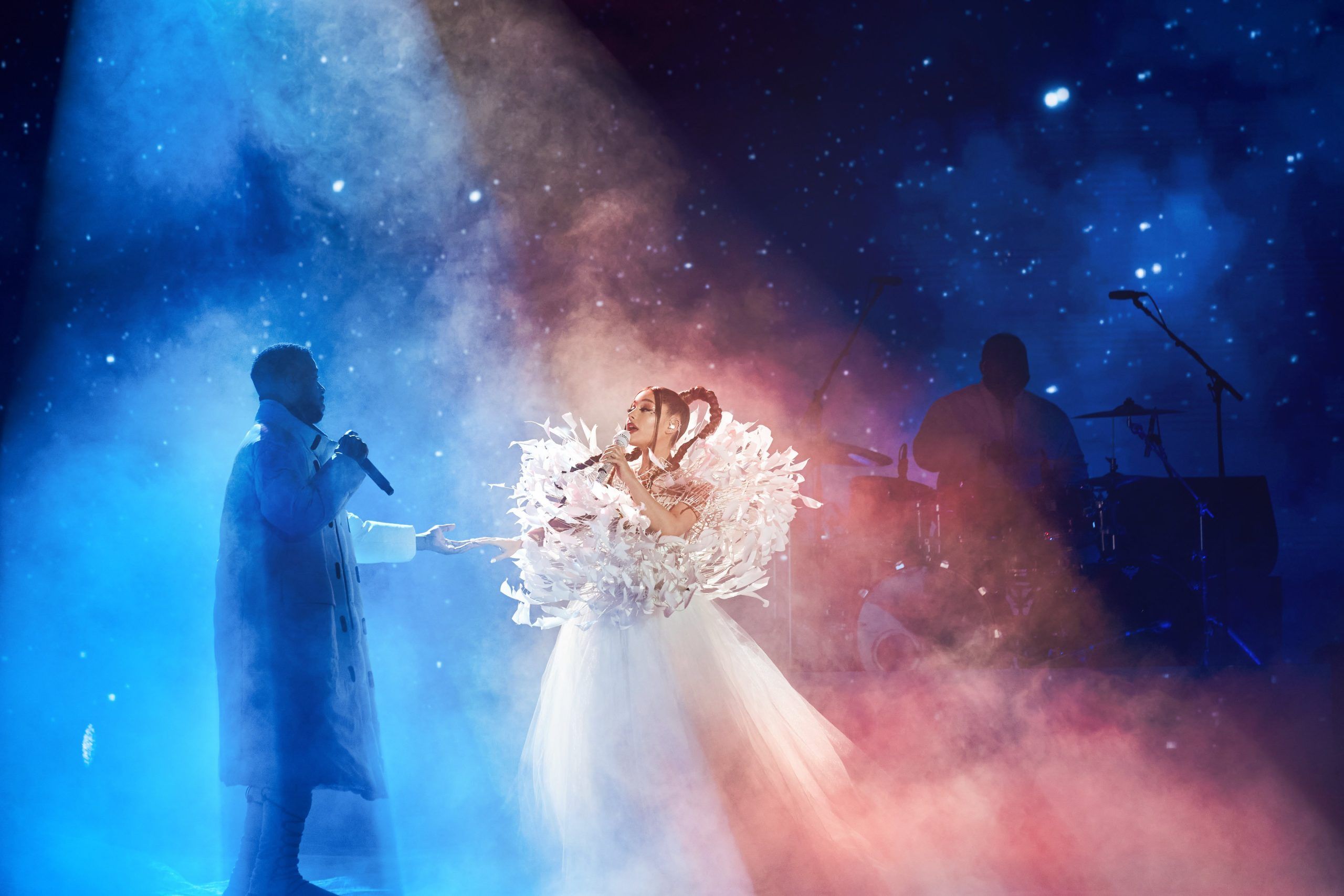 Ariana Grande and Kid Cudi have shared a new collaborative single, “Just Look Up.” The soulful ballad comes from the soundtrack to upcoming Netflix film Don’t Look Up.

The song was produced by Nicholas Britell, and co-written by Grande, Kid Cudi, Britell, and Taura Stinson. The lyrics reflect the plot of the end-of-the-world movie. “Just look up/ Turn off that shit box news,” Grande belts. “Cause you’re about to die soon everybody/ Look up/ Here it comes/ I’m so glad I’m here with you/ Forever in your arms.”

Don’t Look Up will arrive December 10th in theaters and December 24th on Netflix. The film, directed by Adam McKay, tells the story of two low-level astronomers who must go on a huge media tour to warn mankind of an approaching comet that will destroy Earth. Leonardo DiCaprio and Jennifer Lawrence lead the cast, which also includes Jonah Hill, Meryl Streep, and Grande herself.

Grande was recently cast in an upcoming film adaptation of Broadway musical Wicked alongside Cynthia Erivo. The film, set to be directed by Jon M. Chu, will begin production in the summer of 2022 in the U.K.