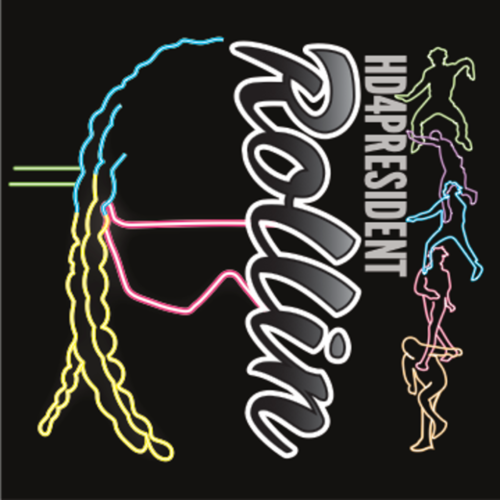 The track cruises along on a head-nodding beat laced with skittering percussion and horn samples. HD’s gruff flow cuts through the production as he tells a story, “I met her at the racetrack. She was in the Lexus. I was in my Maybach,” before he sings, “She rollin, she rollin, she rollin.” The accompanying visual opens on a blue 1979 Cutlass Supreme and a canary yellow Camaro. With seamless edits, the visual showcases HD’s neighborhood friends as he raps directly to the camera.

The new single arrives on the heels of his critically acclaimed 2022 album, Find My Way. Right out of the gate, the project earned widespread critical acclaim with BET spotlighting him as a ‘Fresh Faces New Artist.’

Last year, Hd4president shook up the internet with the viral smash, “Touch Down 2 Cause Hell (Bow Bow Bow).” It reached the Top 30 at Urban Radio, piled up 20 million-plus streams, and attracted 2 Chainz & Fredo Bang for a high-profile remix. It also exploded on TikTok, inspiring nearly 2 million TikTok creations – including clips by Lizzo, Coi Leray, City Girls, Latto, Niecy Nash, Gabrielle Union, and Jessica Alba – and over 2 billion views on the platform.