The first time H.E.R. performed at the Apollo Theater, she was 10 years old and went by her birth name, Gabi Wilson. She got a warm reception for her selection on Showtime at the Apollo that night: Aretha Franklin’s “Freeway of Love.”

Last night, H.E.R. returned to the legendary Harlem theater as a headliner of Sirius XM and Pandora’s Small Stage series, fondly recalling that previous performance. (It turns out her mother submitted an audition tape on her behalf for Showtime.) This time, she played more than one song, traveling through her expansive catalog before a rapt crowd. She revisited songs off 2016’s Volume 1 and her latest gold-certified album, Back of My Mind, with the audience belting out the lyrics in sync.

Channeling her biggest musical influence, H.E.R. made it feel like you were watching a young Prince. She jumped off the piano, strapped on an acoustic guitar, then back to the electric bass before landing on the drums. The singer captured the theater with fan favorites like “Damages” and “Going Crazy,” but a special treat was 16-year-old backup singer Miles Caton, who lent his vocals for a duet on “Best Part,” which earned him a standing ovation midsong. 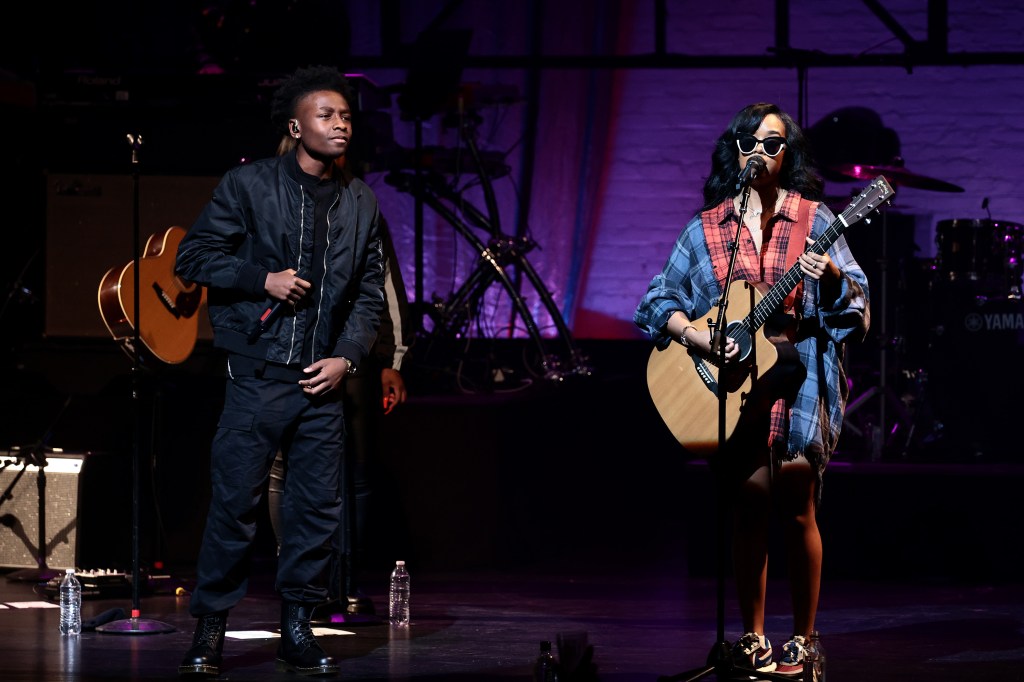 H.E.R. leaned on the crowd once more during a beautiful acoustic rendition of “Comfortable” that was accentuated by the audience snapping along with her, the sound echoing heavenly in the intimate space of the Apollo. She even took a break from her songs to deliver covers of Marvin Gaye’s “Inner City Blues” and Lenny Kravitz’s “You Gonna Go My Way,” paying homage to these icons at an iconic venue for Black culture. 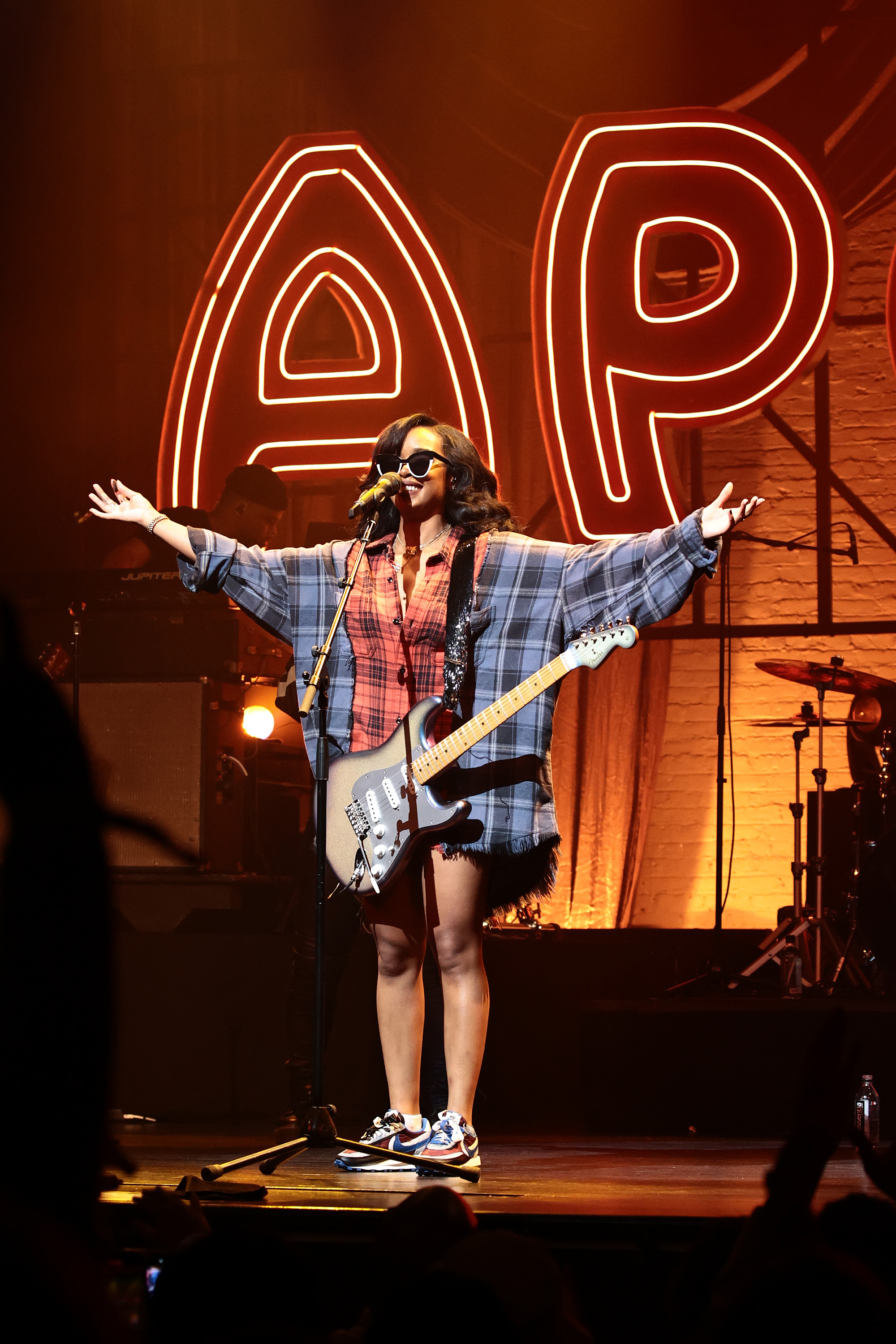