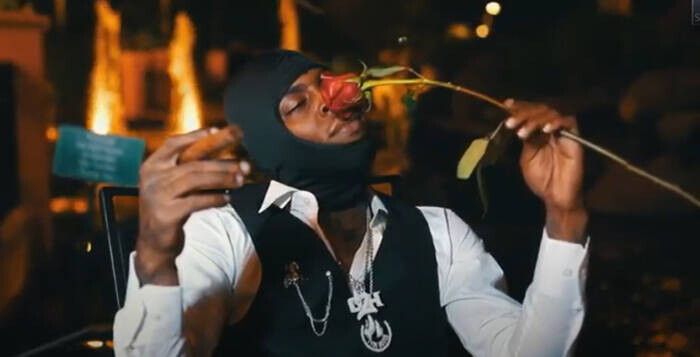 Today, quickly rising and buzzed-about Dallas Hip-Hop artist Grind2Hard Osh’a releases the official music video for “Symphony” from his buzzing 2021 project titled Pain Cobain.  “Symphony” is a soulful and emotive hip-hop track that taps into the diverse sound and range that Osh’a has consistently pushed with his latest releases.  The official music video is a performance video that highlights Osh’a in his most authentic element on the stage.

Osh’a racked up 30 million total streams and views and received plugs from WorldStarHipHop and many others.  He tells this story without filter on his 2021 project, Pain Cobain.  Pain Cobain is currently charting on the Top Hip-Hop/Rap iTunes chart. From the project, Osh’a has already released a string of tracks/music videos “Can’t Trust a Soul,” “Danny Phantom,” “Heartbreaks Headaches,” “Stranger Danger,” “Crazy Mood,” and “Help Me Please.”

His musical influences range from Michael Jackson, Nina Simone, Luther Vandross, and Tupac to Lil Wayne, Drake, Future, Z-Ro, and Rich Homie Quan.  Osh’a has built an organic following across socials with nearly 170K followers on Instagram and an even bigger following on TikTok where his personality videos often go viral amassing over half a million followers and over 5.4 million likes. He’s currently in the studio gearing up to release new music. Tune in to the new video and exclusive interview with HipHopSince1987.com below and let us know what you think in the comments!