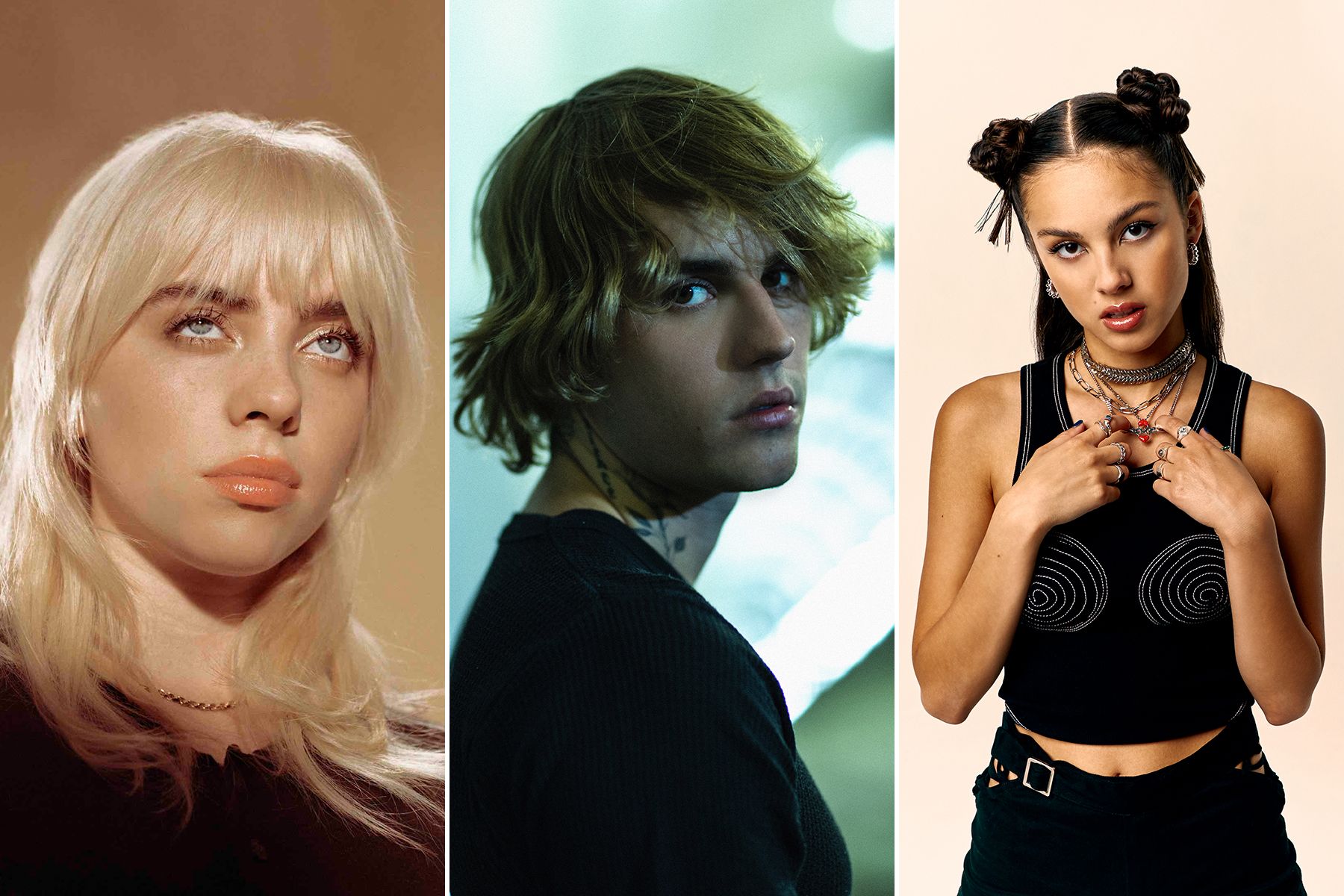 Justin Bieber, Billie Eilish, and Olivia Rodrigo are among the artists who will compete for major awards at the 64th Grammy Awards, taking place on Jan. 31, 2022.

This year’s nominees were led by Jon Batiste, the jazz musician and Late Show bandleader, who picked up 11 nominations for both his solo album, We Are, and his work on the soundtrack for Pixar’s Soul. Bieber, Doja Cat, and H.E.R. tied for the second-most nominations, with eight each, while Eilish and Rodrigo notched seven. Brandi Carlile, Kanye West, and Lil Nas X also picked up multiple nominations.

In the Album of the Year category, Batiste’s We Are will be up against Bieber’s Justice, H.E.R.’s Back of My Mind, Eilish’s Happier Than Ever, Rodrigo’s Sour, Lil Nas X’s Montero, Doja Cat’s Planet Her, Taylor Swift’s Evermore, Kanye West’s Donda, and Tony Bennett and Lady Gaga’s Love for Sale (the pair’s second collaborative LP is the 95-year-old Bennett’s last).

Gaga and Bennett —who scored five nominations in total — also earned a Record of the Year nod for their rendition of the Cole Porter standard “I Get a Kick Out of You.” They’ll compete against Batiste (“Freedom”), Bieber, Daniel Caesar, and Giveon (“Peaches”), Doja Cat and SZA (“Kiss Me More”), ABBA (“I Still Have Faith in You”), Lil Nas X (“Montero”), Eilish (“Happier Than Ever”), Rodrigo (“Drivers License”), Silk Sonic (“Leave the Door Open”), and Brandi Carlile (“Right on Time”).

Rodrigo is the likely favorite in the always-intriguing Best New Artist category, although she’ll face competition from 2021’s other breakout pop star, the Kid Laroi, as well as rapper Saweetie, and British singer-songwriter Arlo Parks. Indie darlings Japanese Breakfast and Arooj Aftab also scored Best New Artist nods, as did Baby Keem, Glass Animals, Jimmie Allen, and an artist who already has a few Grammy wins under his belt: Finneas (Eilish’s brother and musical partner released his solo debut this year, although it arrived in October, right after the Grammys’ Sept. 30 cutoff).

With a handful of artists — as always — dominating the major four awards, things did open up a bit more in the genre categories. Ariana Grande and BTS picked up some nominations in the pop categories, while Mickey Guyton, Miranda Lambert, Luke Combs, Chris Stapleton, and Kacey Musgraves will all vie for various trophies in the country category. Tyler, the Creator and Drake earned a pair of rap nominations, while Jazmine Sullivan picked up three in the R&B categories: Best R&B Performance and Best Song, for “Pick Up Your Feelings,” and Best R&B Album, for Heaux Tales.

Jay-Z even made some Grammy history this year, squeezing past Quincy Jones to become the most Grammy-nominated artist of all time, bringing his total to 83, with two looks in Best Rap Song (he was featured on DMX’s “Bath Salts” and Kanye West’s “Jail”) and a third for Album of the Year, for his work on Donda. Paul McCartney nearly took that record for himself, but fell short as his total came to 81 with nominations for Best Rock Song (“Find My Way”) and Best Rock Album (McCartney III).

While the Recording Academy has spent the past few years trying to counteract various controversies with efforts to improve the diversity of its voting bloc and Grammy nominees, some questionable old habits returned to the surface in this year’s nominees. Most glaring was in the rock categories: One year after the Best Rock Performance category featured only women, not a single woman artist was nominated in any rock category. Women were also shut out of Best Rap Album, although Cardi B, Megan Thee Stallion, and Saweetie will compete for some of the remaining spoils in the other rap categories.

But arguably the Academy’s most stunning decision — one that may prove once and for all that “cancel culture” is absolutely not a thing — came in the Best Comedy Album category, where Louis C.K., who has admitted to sexual misconduct with multiple women, was nominated.