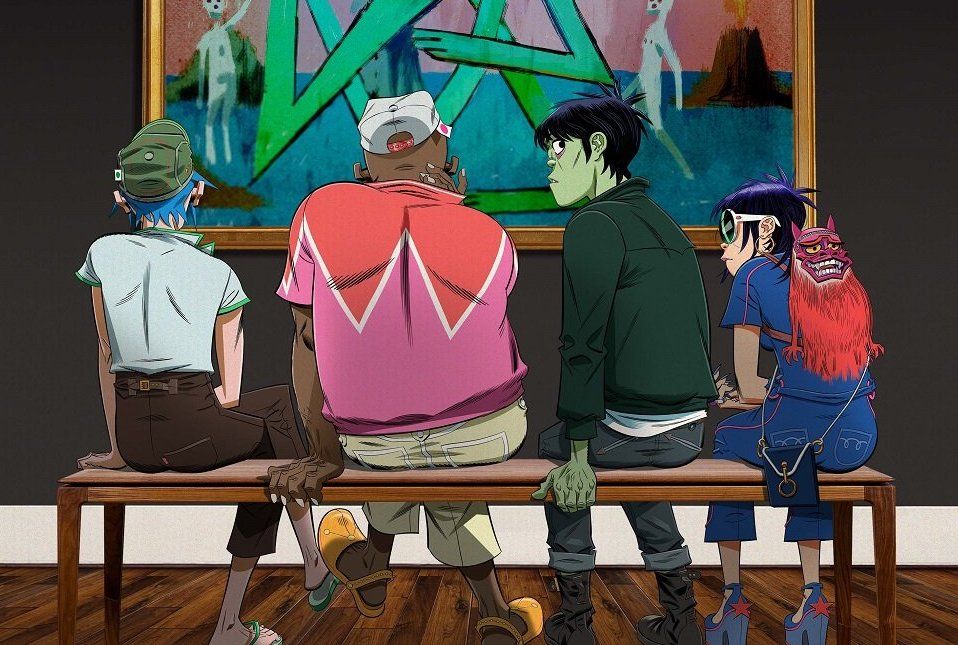 Gorillaz will be reimagined through the pens of over 40 artists in the cartoon band’s upcoming and self-explanatory Gorillaz Art Book.

For the 288-page book, Jamie Hewlett — the visual half of the Damon Albarn musical project — invited his favorite artists to recreate or reinterpret Gorillaz members 2D, Murdoc Niccals, Noodle, and Russel Hobbs.

“Gorillaz have always collaborated with music but this is the first time we’ve done an art collaboration,” Hewlett said in a statement. “I’ve really enjoyed working with so many of my favorite artists and the result is this amazing book.”

While comic book fans are likely more familiar with many of the participating artists, one especially of note is Del the Funky Homosapien, who previously appeared on the group’s hit “Clint Eastwood.”

Gorillaz Art Book — a collaboration with Z2 Comics, which also released The Gorillaz Almanac in 2020 — is available to preorder now ahead of its Spring 2022.

“We’re delighted to help bring so many intoxicating interpretations of the Gorillaz into one tome,” Z2 Comics Publisher Joshua Frankel added in a statement. “The Gorillaz Art Book embraces the vibrant collaboration that Jamie and Damon introduced more than two decades ago and extends it to an amazing community of transgressive artists. The results speak for themselves.”

Earlier this year, Gorillaz released their surprise Meanwhile EP, as well as prepped a 20th-anniversary edition of their debut 2001 LP, due out Friday.