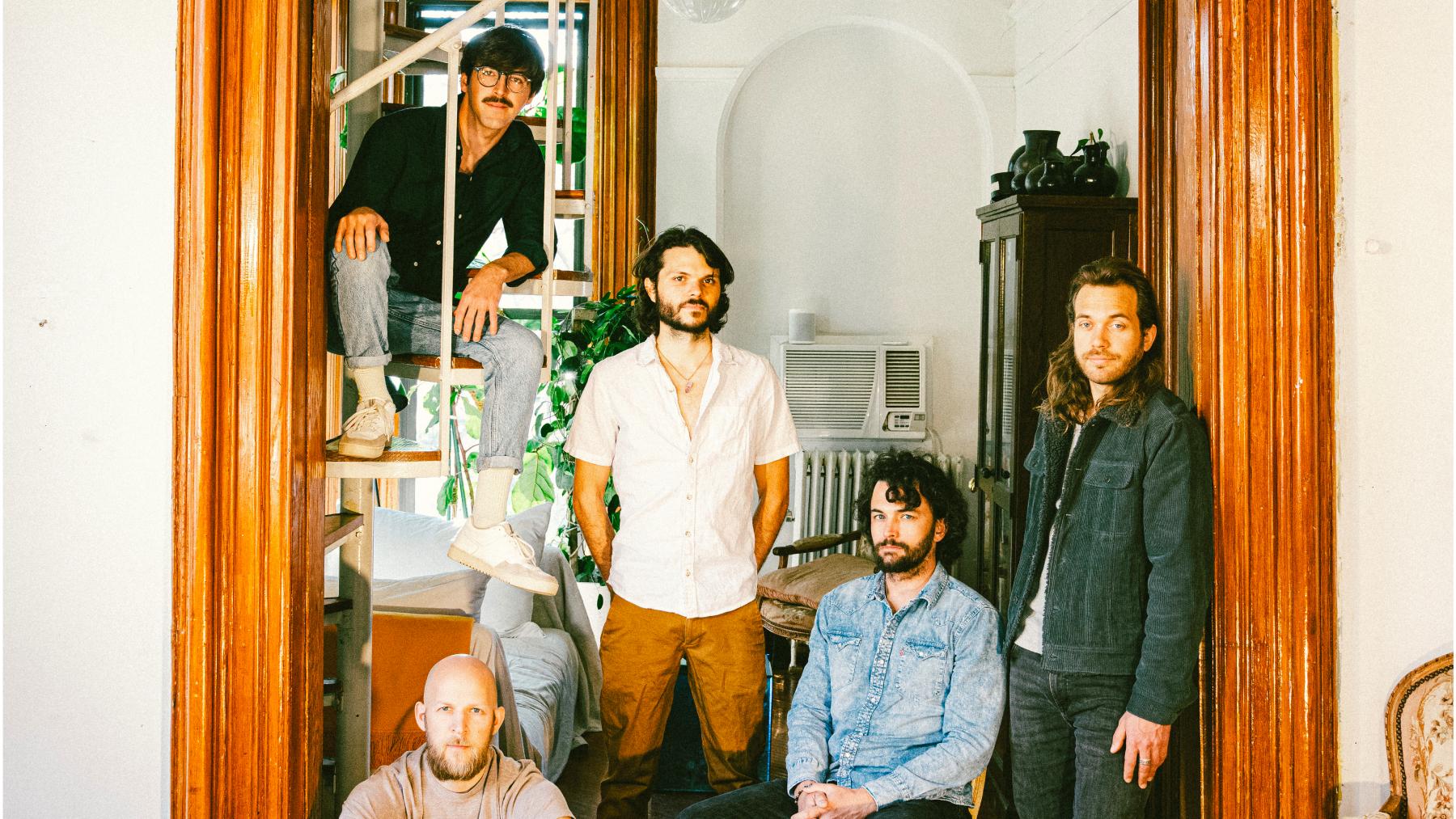 Goose, the buzzing Connecticut jam band, have released a new song, “Dripfield,” the title-track from their next album, set to arrive June 24.

“Dripfield” is a boundless track, anchored by a deep rumble of bass and percussion and topped off with a starry-eyed mix of guitar lines and synths. The track arrives with a music video from Dylan Hahn that matches that expansive sound as Goose explore the outer reaches of the Mojave Desert. (The video serves as a companion piece to Goose’s video for “Borne,” which Hahn also directed.)

Guitarist/vocalist Rick Mitarotonda said of “Dripfield” in a statement, “The underlying idea of ‘Dripfield’ is that of saturation. Imagine a piece of earth — it’s kind of like the water level rising and seeping up to the top. It’s a metaphor for the creativity we have inside of us. I’m not sure what pulls it out of us — maybe it’s our subconscious.”

Goose recorded Dripfield — which marks their third album, following 2021’s Shenanigans Nite Club — at the Isokon in Woodstock, New York. The LP was engineered and produced by D. James Goodwin, marking the first time Goose had worked with an outside producer on an entire LP.

“James was great,” Mitarotonda added. “He really got us to think about our approach in so many different ways. I really liked re-working some of the stuff we’ve been playing for years and taking the material in directions I would have never expected.”

Along with prepping for the release of Dripfield, Goose have a slew of tour dates scheduled for this spring and summer. The run will officially launch May 27 and 28 with a pair of shows at the Westville Music Bowl in New Haven, Connecticut and wrap Aug. 25 at the Square in Portland, Oregon. The band is also set to play Bonnaroo, Radio City Music Hall in New York, and they’ve already sold out a gig at Red Rocks in Morrison, Colorado. (For those that can’t make the shows, Goose — as one would hope from a contender for America’s next great jam band — make the audio from all of their gigs available to stream and purchase on Bandcamp.)