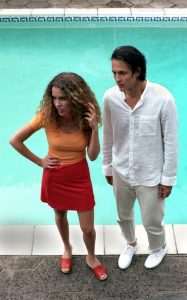 Smokey Robinson on Sharing MusiCares Honor With Berry Gordy, ‘My Very Best Friend in the World’

Watching These ASMR Videos Will Definitely Give You A Head Orgasm

A rising rhymer with the nimble ferocity of a feral feline, Harlem’s Antha Pantha is quickly making her

Grammy winning, hit-making producer DRUMMA BOY, is releasing his video for the record [he produced], “Imma

Wale The Sage is ‘Running From Time’ on Debut Album

TikTok congratulates all the 65th annual GRAMMY Award nominees! A remarkable number of this year’s group