are reuniting in November to launch The Last Domino? tour at arenas all around the United Kingdom and Ireland.

The band has not played together in any capacity since the end of the Turn It on Again tour in 2007. The lineup this time features classic-era members , Tony Banks and Mike Rutherford, along with long-time touring guitarist/bassist Daryl Stuermer and, for the first time, Phil’s son Nic Collins on drums.

A Genesis reunion of any sort seemed very unlikely just a few years ago. Collins was not only unable to play drums because of extensive nerve damage to his hands, but he also said he was retired from the music industry. He declared himself “no longer officially retired” in 2015 and began playing solo shows in 2017. His teenage son Nic played the drums and Phil sat in a chair for the entire show, but it still packed arenas and stadiums all over the globe across a two-year period.

Mike Rutherford guested at a 2019 show in Berlin to perform the 1978 Genesis hit “Follow You Follow Me” and Collins began hinting about a possible reunion. “We remain good friends,” he told the crowd at most shows, “so you never know.” Collins, Banks and Rutherford were spotted together at a New York Knicks game in January amid reports that they were rehearsing for a tour.

Former guitarist Steve Hackett, who quit the band in 1977, isn’t a part of this tour. He will be playing the band’s 1977 live album Seconds Out at theaters in England at the same time as the jaunt, though. Original frontman Peter Gabriel quit the band in 1975 and hasn’t played with them since a one-off gig in 1982.

As of now, there is no word about any Genesis shows outside of these 10. 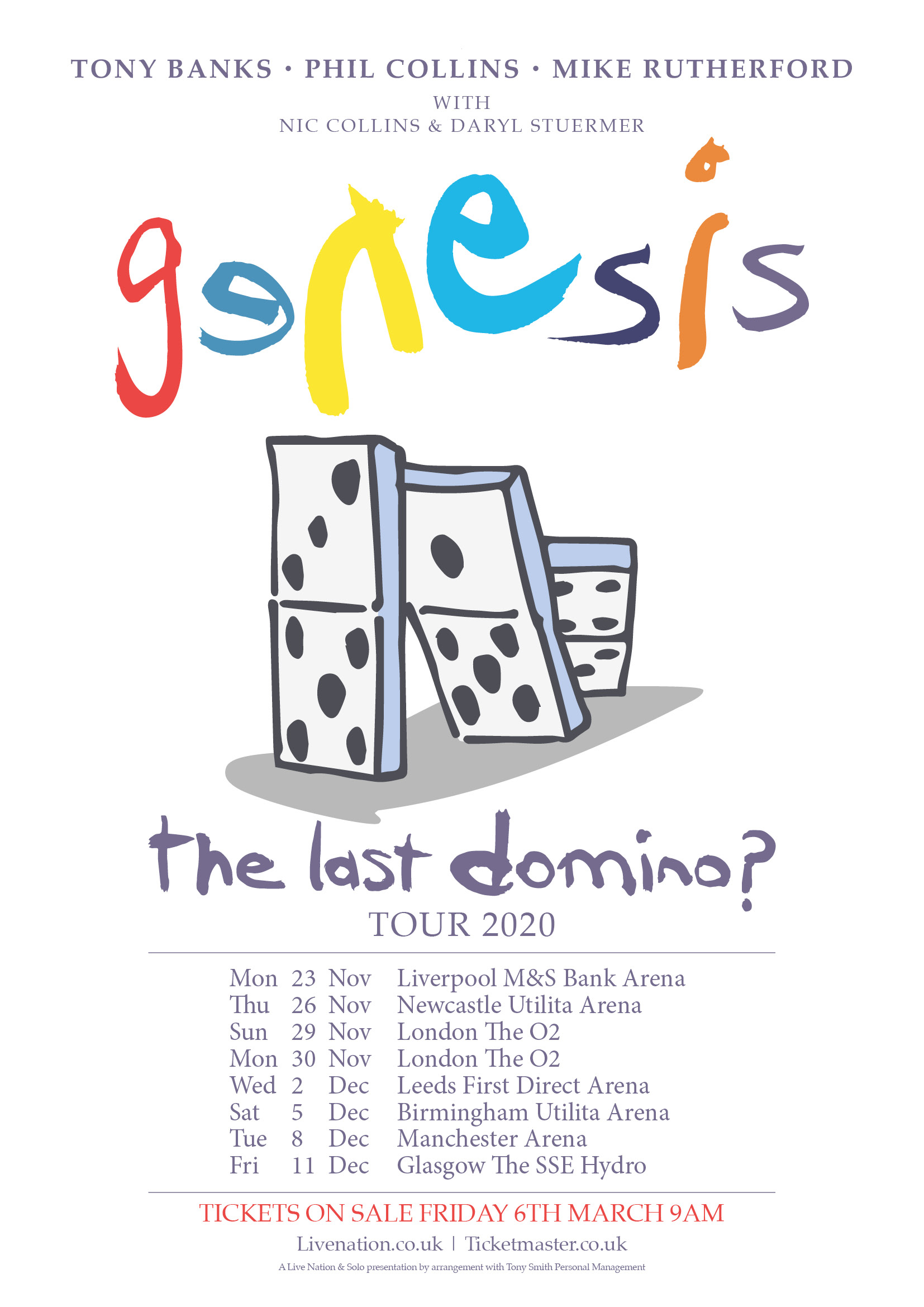