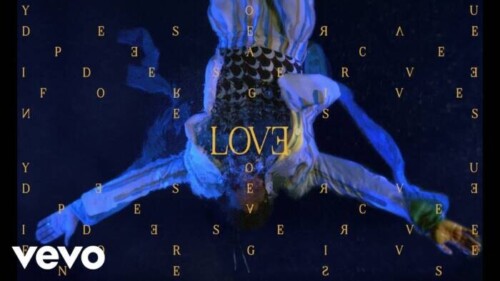 The summer of Future just won’t stop! Today, the GRAMMY® Award-winning Atlanta hip-hop titan unveils a slick and sexy music video for “LOVE YOU BETTER.” It graces the track listing of his gold-certified chart-dominating blockbuster #1 album, I NEVER LIKED YOU.

“LOVE YOU BETTER” once again continues a tradition of bold visuals for Future. This time around, the clip unfolds with yet another cinematic big screen-worthy narrative. Future exudes charisma on-screen, while the storyline focuses on Shannon Thornton—who also notably plays Miss Mississippi on the hit Starz series P-Valley.

It arrives on the heels of the music video for “HOLY GHOST,” which has racked up 5.2 million YouTube views.

Future further secured his place in history with this magnum opus. Upon arrival, he emerged as the 5th artist in history to simultaneously debut at #1 on the Billboard Hot 100 and Billboard 200 with I NEVER LIKED YOU atop the 200 and “WAIT FOR U” at #1 on the Hot 100. On Spotify, he captured #1-10 on Top Songs Debut USA Chart in addition to landing a #1 US and Global Album Debut. Not to mention, he became the most-streamed artist on Spotify worldwide on April 29. The album notably demolished the record for highest first-day streams for an album released in 2022 on Apple Music worldwide and the record for highest first-day streams ever for a Hip-Hop/Rap album released in Spatial Audio on Apple Music Worldwide. Plus, “WAIT FOR U” vaulted to #1 on the VEVO Top 20 US Chart.

Setting the pace for the culture, he sold out the red hot highly exclusive I NEVER LIKED YOU merch capsule designed by DONDA and Cactus Flea Market.

I NEVER LIKED YOU crashed the charts as the biggest debut of the rapper’s career, landing at #1 on the Billboard 200 and moving a staggering 221,512 units first week in the US alone. This notably marks Future his 8th #1 album on the Billboard 200 with the most seven-day sales of his illustrious career so far. “The best rapper alive,” according to GQ, has taken over 2022, and he’s not stopping…