Blush Response pulls out all the stops to record an exclusive live set of coarse EBM and industrial techno for our Fresh Kicks series.

A prolific creative force, the Berlin-based Cuban-American artist otherwise known as Joey Blush recently delivered his sixth studio album (seventh in total), the first of which he only released in 2010.

Across 10 tracks Blush is unforgiving in his vision of EBM: pulsing rhythms brimming with groove yet driven home with sledgehammer brutality, while rough textures and razor-sharp samples whip around like ominous clouds deadly debris.

It’s certainly not for the faint-hearted, but for those who like their techno with a bit of backbone, it’s a must have. (And available now via the Sonic Groove store.)

Joey’s live set is just as impressive, and ahead of his performance at Berlin institution Berghain this weekend, he set to work amongst a thicket of wires, knobs and pads to craft a ferocious Fresh Kicks set full of boiling acidic synth-lines, caustic atmospherics and the roar of twisted, metallic percussion.

Strap in and listen at the bottom of the page. 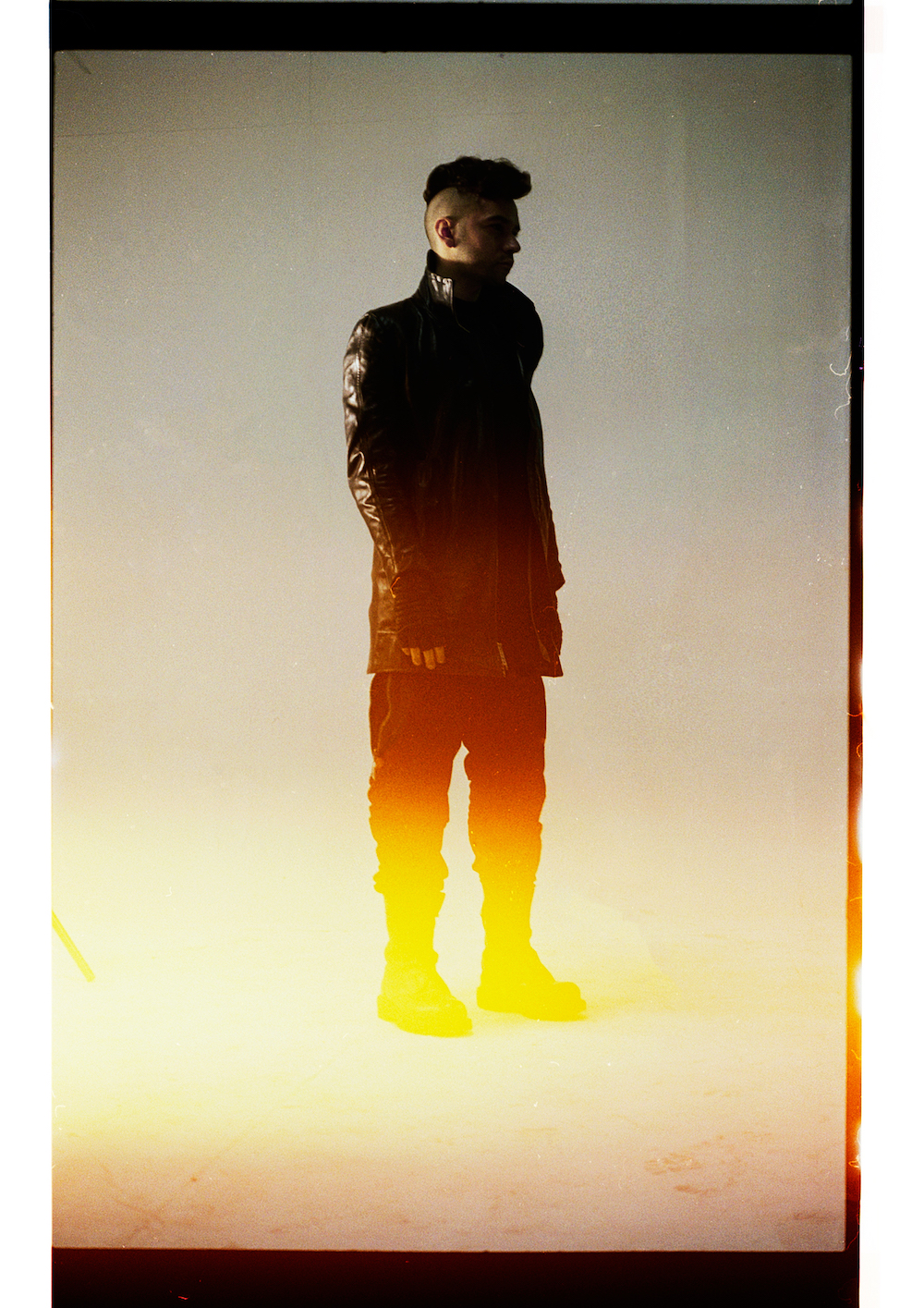 Last dream you remember?
“I was on some weird futuristic military aircraft carrier. I was a member of this military but part of an uprising because me and the other soldiers did not want to fight the war we were on the way to. There was some attack or bombing, and the carrier started sinking, and all of us started to escape.

“As we ran off the carrier, the water turned into a shopping mall parking lot, and I was running through it to try  get free. A drill sergeant of some sort was chasing me, running just in front of me, screaming in my face that I had to go back. It was especially weird because he had the face of Tom Hanks.

“I could see in the distance that other sergeants were chasing the other conscripts, and throwing footballs at their heads to capture them. Somehow I escaped by crawling through some tunnel at the end of the parking lot. When I emerged on the other side, I was on a tiled street in what looked like old Spain, and an old Spanish woman stopped me. She was in hysterics, telling me in Spanish that ‘they changed the times’ over and over again. Then I woke up.”

Last mix you streamed?
“A Phase Fatale mix from October.”

Who would I most like to collaborate with?
“My good friend Jeff Swearengin does a project called Sleep Clinic. I have so many tracks of his that he hasn’t released, and a lot of them blow my mind. I think we could make some amazing stuff together.”

Who is my biggest musical influence?
“Skinny Puppy.”

What is your New Year’s resolution?
“Go to Japan.”

Smokey Robinson on Sharing MusiCares Honor With Berry Gordy, ‘My Very Best Friend in the World’

Metropolis Adds Downlink, Must Die!, and More In Phase 2 Lineup