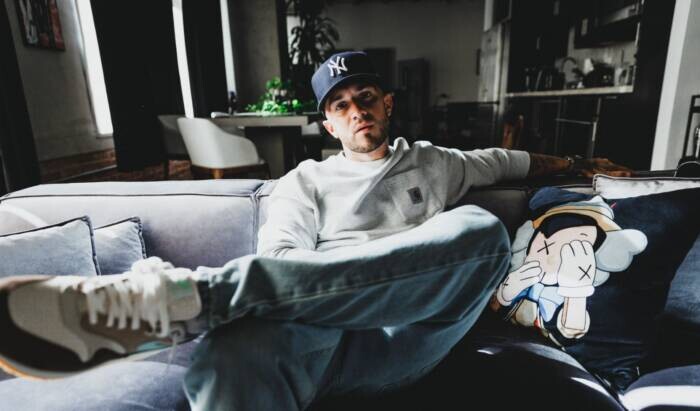 Emilio Rojas is a long-time elite-level East Coast lyricist that continues to establish dominance and accrue a cult-like following with every slick word that comes out of his mouth. Not only an emcee but hip hop historian, Rojas remembers the classic cut from Bronx natives and hip hop superstars Fat Joe and Big Pun, “Twinz,” with the drop of his homage song and music video “Creep With Me.” On the DJ Hoppa-produced track, Rojas takes us on a ride throughout the city with neck breaking slick rhymes about pulling up on the opps, women, and showing out.

On the Pico Shaw-directed visual, Rojas and an entourage of beautiful women cruise the streets in old-school beamers. Rojas displays undeniable star power in the look and raps while vixen twerk around and deliver the necessary eye candy. “Creep With Me” is inspired by the Fat Joe and Big Pun classic; however, it was the original track by Dr. Dre and Snoop Dogg called “Deep Cover” that inspired the Bronx legends’ hit.

In the song’s press release, Rojas explains: “One of my favorite moments in Hip-Hop is Big Pun’s flow on “Twinz.” As a latino artist, I was really inspired by Pun and Fat Joe coming-up; so I wanted to do that as an homage while also creating something that people can bump.”

Watch “Creep With Me” below.