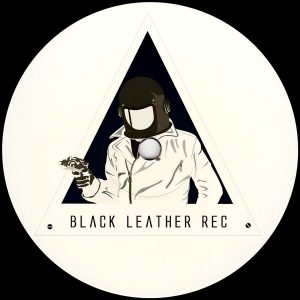 In the world of electronica, EDM and old-school techno, it seems most artists are afraid to drop things ‘out of the box’ so to speak. Everyone has to stay ‘cutting edge’ in the EDM/Dub/D&B scene, with a fear of sounding ‘dated’ rather than groundbreaking.

The truth is, there’s not much new ground to be broken, or at least it would seem that way. Enter Electrosexual & Cute Heels, who have teamed up for this one-off instrumental offering under the moniker Delusion called “Chrome Illusions”.

While there is nothing new under the sun, it seems most artists fear ‘sounding dated.’ The first track on this E.P., “The Left Hand of Darkness” retains its modern feel while hearkening back to old-school electronica & techno. To be truthful, this track starts off sounding like LæatherStrip a bit, but with a somewhat better production. Some elements have that trance vibe to them, but it also retains a bit of an ‘80s vibe that is very reminiscent of Herbie Hancock.

“Delusion” jumps into the ‘90s with a whip-crack snare, very heavy synth and at times reminds me of The Chemical Brothers. Midway through, you can hear that ‘80s vibe come back in with a couple of the synths sounding very much like what produced most ‘80s techno/soundtracks. The title track, “Chrome Illusions” is a stand-out cut on here, sounding much more new millennium than the previous 2 songs. I can almost imagine the bass to this thumping the sub-woofers and rattling the dance floor to make sure those feet move! It has a commanding force, yet a beautiful dark quality – especially midway in the track when the samples kick in. Think Thrill Kill Kult with a much better production.

“Patient Zero” closes out the E.P. with a hi-energy beat, again sounding like the duo went back in time, and grabbed up as much old gear as possible while having a modern style. (Dare I say they saved the best track for last?) This thumper, clocking in just under 6 minutes, feels like what you might hear if the Pet Shop Boys lost their voices, recruited a very young Alien Jourgensen, ate some ‘shrooms and just decided to let the music do all of the talking. Although it takes a risk at seeming dated and possibly a bit too ‘80s, Electrosexual & Cute Heels are anything but! In fact, I have to be completely honest: after listening to these 4 songs, it made me wish that this were just a mere teaser sampler for a full-length release. It’s very “retro” but at the same time (and most importantly) it remains “fresh” and does not carry an expiration date on its sound.

Samsung Galaxy S9 and S9+ Leak Ahead Of Release [DETAILS]