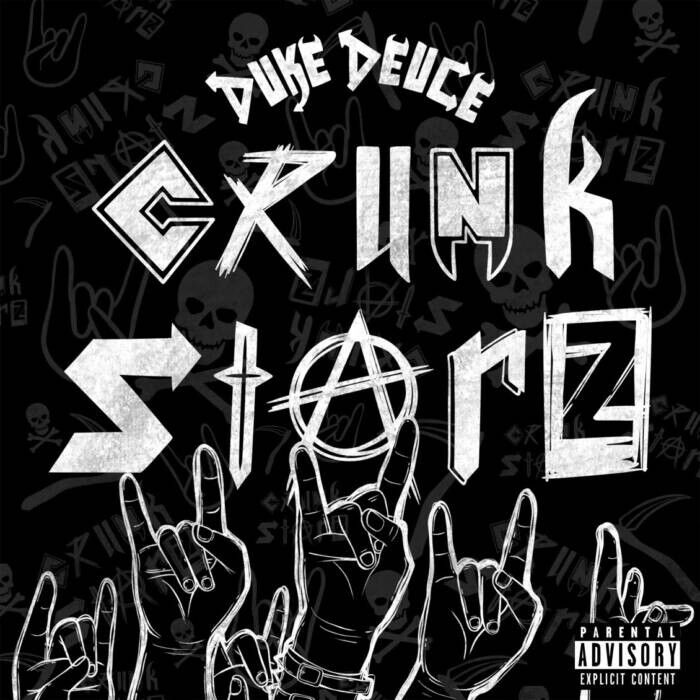 The track hinges on a seesawing beat as Duke’s melodic flow bounces from charismatic verses into a walloping chorus. The accompanying visual opens with a biblical-style text, which displays his definition of a ‘crunkstar,’ “A person that is unafraid to live life as themself.” Fully embodying this mindset, he performs to a packed warehouse of fans, including one dressed like Chucky from Child’s Play. It hints at the power of the movement around him as he invites all “Crunkstarz” to follow!

The release of “Crunkstarz” maintains the momentum Duke kickstarted with “Falling Off” [feat. Rico Nasty], “I Ain’t Worried Bout It,” and “Running Out of Love” [feat. Dante Smith], which has already raked in over half a million YouTube views on the music video. “Running Out of Love” attracted immediate praise, with Complex writing the track “shows a different side of the Memphis rapper…aka Duke Deuce the rockstar” and HotNewHipHop praising how he spends “nearly three minutes channeling his inner rockstar.”

Duke continues to open up his world via his Rise of a Crunkstar BTS series. Watch him speak on crunk originating in Memphis—not Atlanta—and the viral success of his 2019 single “Crunk Ain’t Dead”in episode 1 HERE.