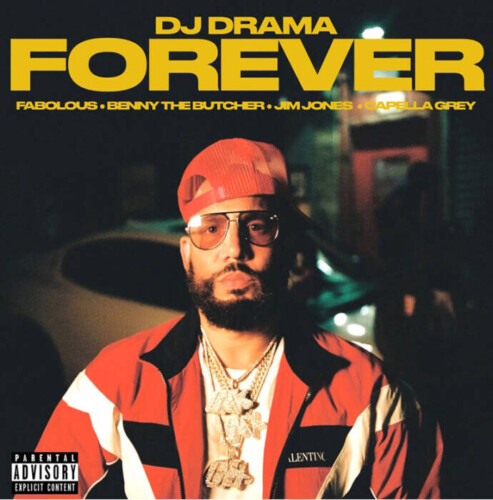 Grammy Award-winner DJ Drama is never too busy to drop a single just for the streets. His newest release, “FOREVER,” features New York rappers Fabolous, Benny the Butcher, Jim Jones, and Capella Grey and is available today via MNRK Music Group. Produced by DJ Cannon, the single pays homage to the legendary DJ Kay Slay who passed away in April.  The track samples “The Blastmaster” KRS-One, opens like an action movie, and packs all the New York swag you can fit onto one hip hop track. The video, directed by Kid Art, was filmed on the streets of New York City and features a cameo appearance by KRS-One, the legend himself. This song should be blasting out your car stereos all summer long!

“This track is the epitome of New York Hip Hop and features some of the best names to ever do it!” states DJ Drama. “We lost Kay Slay in April and this song embodies his energy…the same energy he gave when it came to the music. I hope he can feel how much we miss him.