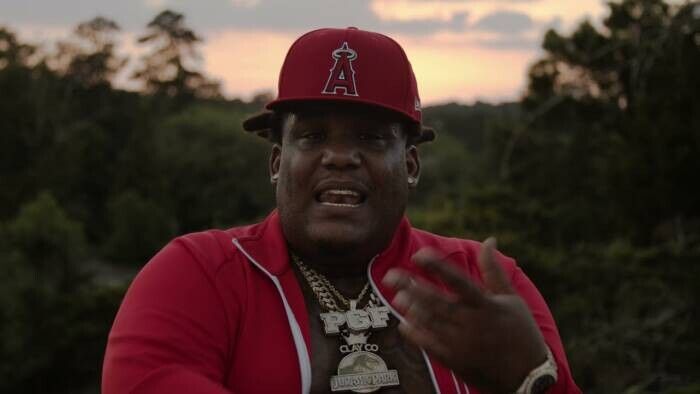 Derez De’Shon releases his first solo release of 2021 with “In My Feelings.” The melodic, layered vocals find the Southside Atlanta-native looking back at all he has overcome to get to the spotlight. The reflections of the past can conjure a spectrum of feelings and emotions. Mike Vegas and Jakik produce the dynamic track of piano keys and trap drums. In the dramatic music video, Derez carries out the lyrics. Sporting his gold watch and flamboyant Jurassic Park and King of Clayton County chains, De’Shon cannot help but focus on the grind, the losses, and the years it all took to build. While riding in Sprinters and meeting with accountants, he is still hitting cornerstones and basketball courts—symbols that show Derez De’Shon recognizes his roots.

“In My Feelings” is Derez De’Shon’s first solo song of 2021. Earlier this year, in May, he guested on Quin Nfn’s “Having My Way.” This followed 2020 that saw the third installment of Pain, De’Shon’s acclaimed series. Combined, he has more than 800 million streams globally.

On 2018’s Pain 2, which streamed over 150 million times, the rapper collaborated with YFN Lucci (“Beat The Odds”) and Russ (“Fallin”). Backed by The Commission Music/BMG, that release entered the Billboard Top 200 at #186. The series kicked off the year prior. That collection featured “Hardaway,” the platinum-selling single with over 300 million streams and views combined. 2 Chainz, Yo Gotti, and DJ Envy appeared on an official remix. Pain earned its name with heartfelt records like “Fed Up” (100+ million streams), “Lord Forgive Me,” and “P.I.L. (Pain Is Love).” Across his catalog, Derez creates a unique blend of trap soul. De’Shon embraces many fans crowning him the Godfather of “Pain Rap.” “In My Feelings” shows that even with money and fame, Derez De’Shon’s music deals with issues we all face.