Demi Lovato is no stranger to a revealing documentary. In 2012, she chronicled her recovery after her first stint in rehab with Staying Strong. Five years later, in the film Simply Complicated, she opened up about her bipolar-disorder diagnosis and admitted that she had been using cocaine while filming Staying Strong.

In the new four-part YouTube docuseries Demi Lovato: Dancing With the Devil, Lovato, her family, her friends, and her team chronicle a near-fatal 2018 overdose that had the singer and actress reaching a breaking point in her addiction and mental health that she had never reached before. The 28-year-old candidly speaks about breaking six years of sobriety, trying harder drugs, as well as traumatic sexual assaults that have shaped her relationship with drugs and her own body.

Demi Lovato Preps New LP 'Dancing with the Devil...The Art of Starting Over'

Dancing With the Devil premiered at SXSW’s virtual festival earlier this month and began rolling out on Lovato’s YouTube channel on March 23rd. Here’s what we’ve learned from the explosive series.

Lovato was filming another documentary in 2018.

Following the release of her sixth studio album, Tell Me You Love Me, in late 2017, Lovato invited a camera crew to capture her on tour that following summer. Unfortunately, her descent back into drugs and alcohol that led to a near-fatal overdose that July was happening behind the scenes. Cameras captured a bit of her partying again and even writing her confessional ballad “Sober,” but the project was scrapped after she was hospitalized. Some of the footage is used in the new film, although much of it picks up in 2020 during the coronavirus pandemic.

The star felt guilt over her dad’s death.

Lovato and her dad, Patrick, were estranged for most of her life due to his own battle with addiction to drugs and alcohol, as well as his abuse toward her mother. He died after a battle with cancer in 2013. The date and time of his death are unknown: Patrick’s body had been left undiscovered for more than a week and was too decomposed for an open casket. Father’s Day happened sometime between his death and the day he was found, and the holiday now holds significance for Demi. “Every summer now that rolls around, I spend it thinking, ‘Was today the day that my dad died? Was it tomorrow?’” she says. “And then also knowing by the time Father’s Day rolls around he was lying there rotting. That was the fear I always had for him, that he would end up alone. And he did. He died alone.”

As an advocate for mental health, Demi has struggled with feeling like she wasn’t practicing what she preached with her own father, who had bipolar disorder and schizophrenia. “Ultimately, I realized that he was too far gone at that point,” the singer adds. “He needed to realize he needed help himself.”

Pageants prompted her struggles with food at a young age.

Lovato began doing beauty pageants at a young age. The focus on looks and beauty created self-esteem issues before she even reached puberty. “I remember actually making a pact with myself saying, ‘If I don’t win this pageant, I will never eat again,’” she reveals. Her own mother also struggled with eating disorders.

Lovato goes on to thread her competitive nature to her life on television and as a pop star, noting that she carried that same self-punishment into her teen years. Her present-day friends, who were interviewed for the documentary, noted that they have had to be “careful” with what and how they eat in front of her due to restrictive policies put in place by her former team to help her not relapse. Those restrictions, however, only made her relationship with food more complicated. “I feel like decisions have been made for me more so than I’ve made decisions for myself,” she said in footage for the scrapped 2018 documentary. On that tour, she began relapsing with her eating disorder and over-exercising because she felt uncomfortable in the more-revealing stage outfits she felt like she needed to wear.

“I don’t even know why I’m sober anymore,” Lovato remembers thinking to herself on a photo shoot. Feeling miserable and stifled, she decided to drink red wine that night and within 30 minutes had called someone she knew who had drugs. “I’m surprised I didn’t OD that night,” she admits. She went to a party and ran into her old drug dealer. Lovato went on a “shopping spree” that night and combined meth, molly, coke, weed, more alcohol, and OxyContin.

At the time, her friends and family knew she was drinking again. While they were concerned, she seemed fine. They had no idea about her renewed relationship with her dealer, or even what happened that first night off the wagon.

Continuing to spiral deeper into drug use in private, Lovato continued to experiment with drugs she had never tried before. She thought she would use them both recreationally only to realize that’s impossible with a drug like heroin. Her friend Sirah caught her smoking heroin in the bathroom during a game night at Lovato’s home and encouraged her to get help.

Lovato wrote her ballad “Sober” while on a trip to Bali.

While on vacation in Bali, Lovato realized that she had become physically dependent on heroin. It led her to pen the powerful ballad “Sober,” admitting publicly that she had relapsed and apologizing to her family, friends, and fans. After the song was released in June 2018, she went on tour in Europe where she stayed away from drugs but was drinking heavily. After the tour wrapped, she went back to L.A. and began using again. In footage from a concert at the California State Fair a day before she overdosed, Lovato forgot the words to “Sober” onstage. 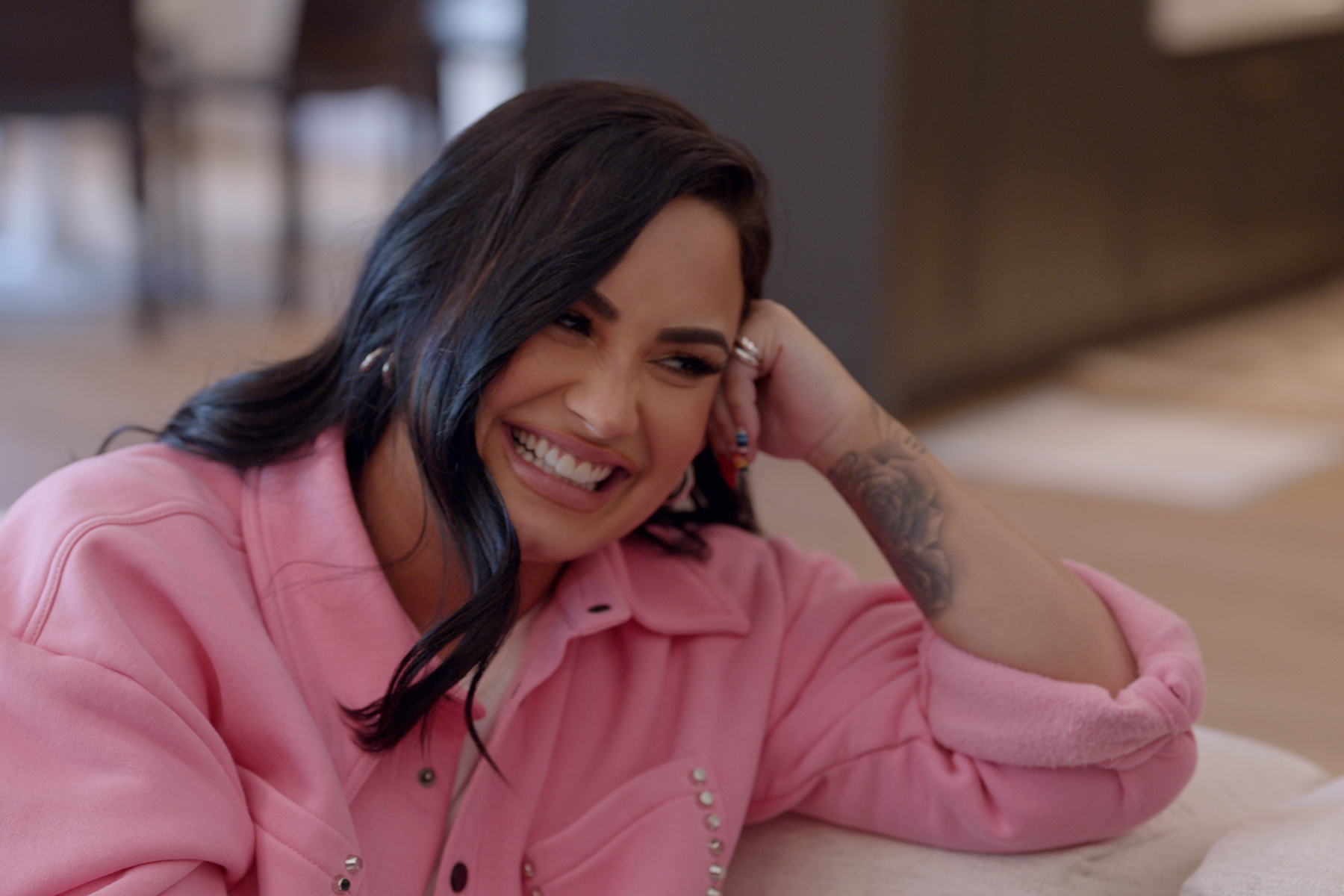 Lovato admits that she had kept her increasingly dangerous and heavy use of heroin and crack cocaine a secret from her loved ones. And all of the people who were around her at the time emphasize how good Lovato had become at keeping secrets from them and convincing them that she’s doing all right. On July 23rd, 2018, she had been out with friends bar hopping. To them she seemed “normal” again, drinking like the rest of them and having a good time. After the bars, they all came back to her house and partied until 5:30 a.m. on July 24th. At that point, she had told her friends she would be going to bed but instead called one of her dealers to come over.

Lovato’s overdose made the news before her mom knew it happened.

On the morning of July 24th, Lovato was discovered by her now-former assistant Jordan Jackson, covered in her own vomit. Jackson alerted Lovato’s head of security, Max Lea, then made the 911 call that saved her boss’s life. Hours later, before Jackson and Lea had the opportunity to tell Lovato’s mom, sisters, best friends, and team, Lovato’s inner circle found out that she had been hospitalized from the flood of texts they received from concerned friends who saw the news alert on TMZ.

The overdose has left Lovato with permanent damage.

The 24 hours after Lovato overdosed proved to be harrowing. Her mom compared the experience to a “horror movie.” After enduring severely low oxygen levels, Lovato had three strokes and a heart attack. The strokes left her with brain damage and blind spots in her vision, so she can no longer drive. She also experienced pneumonia from her asphyxiation and multiple organ failures. When she first woke up, she was legally blind. As Lovato admits, she was not purposefully aiming to overdose that night. She believed that because she was smoking heroin and not injecting it, she had a lower chance of overdoing. “At the end of the day, if you do too much of anything it’s gonna kill you,” she says. 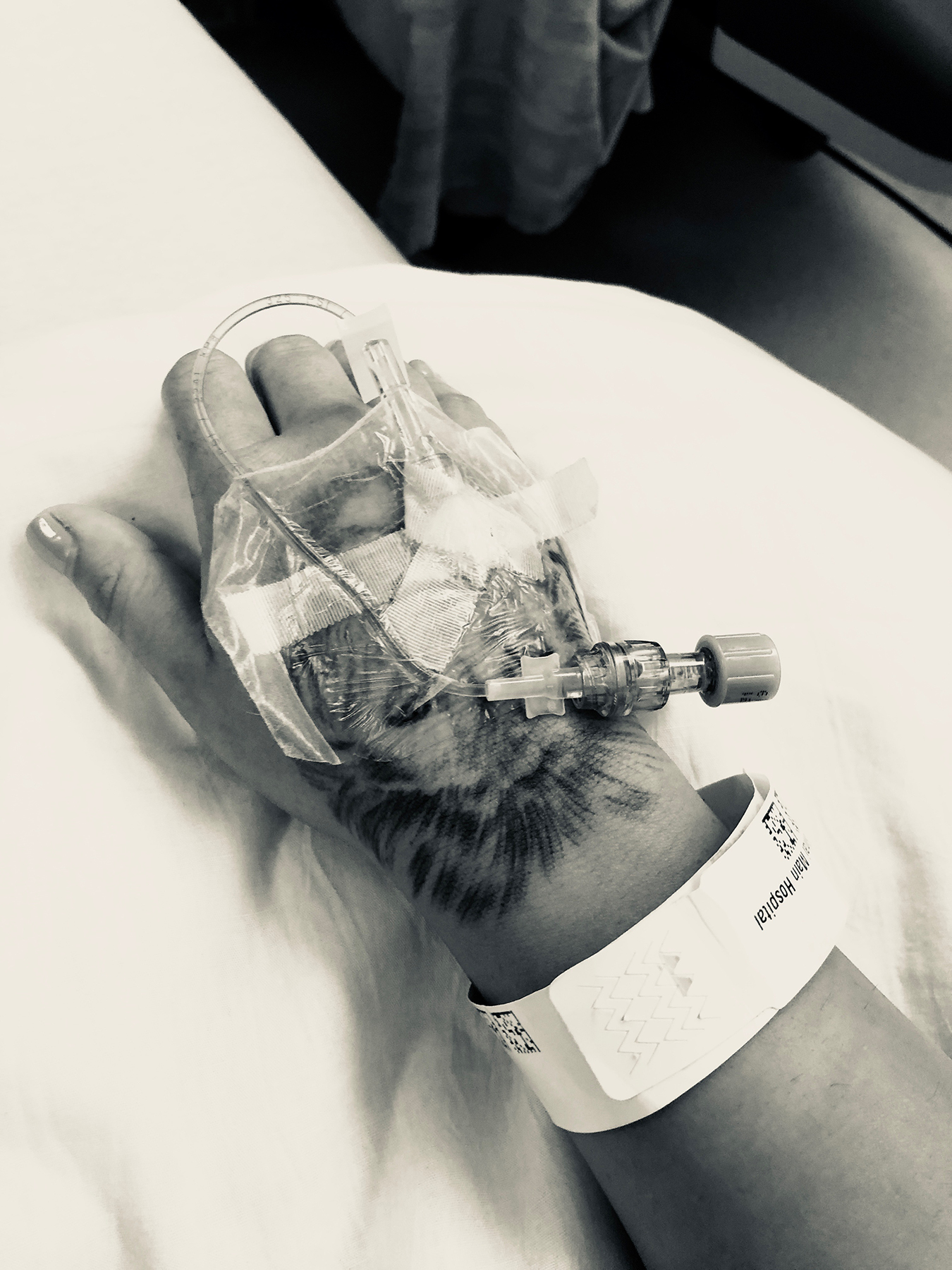 If Lovato had been discovered 10 minutes later, she may not have survived.

Jackson, her assistant, only went into Lovato’s room to wake up her boss because Lovato had a planned doctor’s appointment on July 24th that she had hoped to make. Jackson knocked on the door repeatedly, thinking that Lovato just wanted to sleep in or needed some privacy. When Jackson realized they may be late for the appointment, she finally entered the room. Lovato reveals that if Jackson had waited even five to 10 minutes longer to wake her up, she may not have survived.

She only tried crack and heroin because she had previously enjoyed the combination of uppers and downers.

Lovato explains that her cocktail of choice when she first battled addiction had been cocaine and Xanax. On the first night she relapsed, her dealer didn’t have those two drugs for her, and instead offered crack and heroin. “I’ve always wanted to try it,” Lovato explains her thinking at the time, noting that it seemed like the pair would have a similar effect on her. Her friend and former sober companion Sirah adds that oftentimes addicts return to a harsher bottom than where they had previously been when they relapse, chasing a bigger high.

Lovato believes she had been sexually assaulted by her dealer that night.

After Lovato’s friends left her home that night, still unaware that she was using hard drugs again, the singer drunkenly called up her dealer Brandon Johnson who gave her “aftermarket pills.” It is now understood that she was given a drug laced with Fentanyl. In a disturbing interview with TMZ a month after her overdose, Johnson claimed they had a “sexual relationship.” Lovato details a different version in the docuseries: She was discovered naked and blue that morning, and when she came to, the doctors had asked if she had consensual sex the night before. All she remembered was a flash of her dealer on top of her but has since come to realize that she was in no state to consent to sex with anyone.

“That kind of trauma doesn’t go away overnight,” she says. “And it doesn’t go away in the first few months of rehab either. That’s something that sticks with you for a while after.”