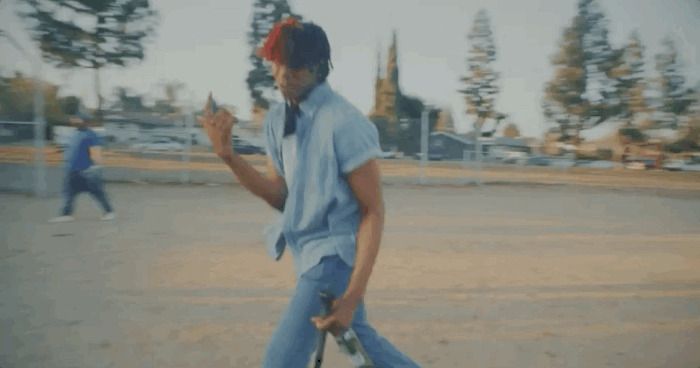 In hip-hop, it seems that more and more artists are releasing music inspired by one of the 00’s biggest genres – pop punk – a genre that many of them grew up listening to. One of the artists leading the charge is LA-based rapper, DC The Don, who’s releasing a new video and single titled “Ghost Rider.” Combining churning pop-punk guitars with crisp handclaps and echoing 808s, “Ghost Rider” is an instant mood-booster, soaring as DC’s vocals effortlessly switch between snappy flows and full-throated belts.
The video, inspired by the 1993 classic, The Sandlot, tells a years-spanning love story between DC and his middle school sweetheart, mixing in clips of him and his homies playing baseball in the summertime.

“Ghost Rider” marks the Milwaukee native’s first new release since his successful 2020, marked by his debut album Come As You Are. With more than 75 million streams across platforms, Come As You Are emphasizes the importance of being authentic to your creative self. The album was home to DC’s buzzing single “WORST DAY 🙁” (12 million total streams), as well as standout ragers like “Wait Your Turn,” “NASCAR RACER,” and “Campfire Story.” Featuring production from Supah Mario, Trademark, SephGotTheWaves, and more, Come As You Are is available everywhere via Rostrum Records.