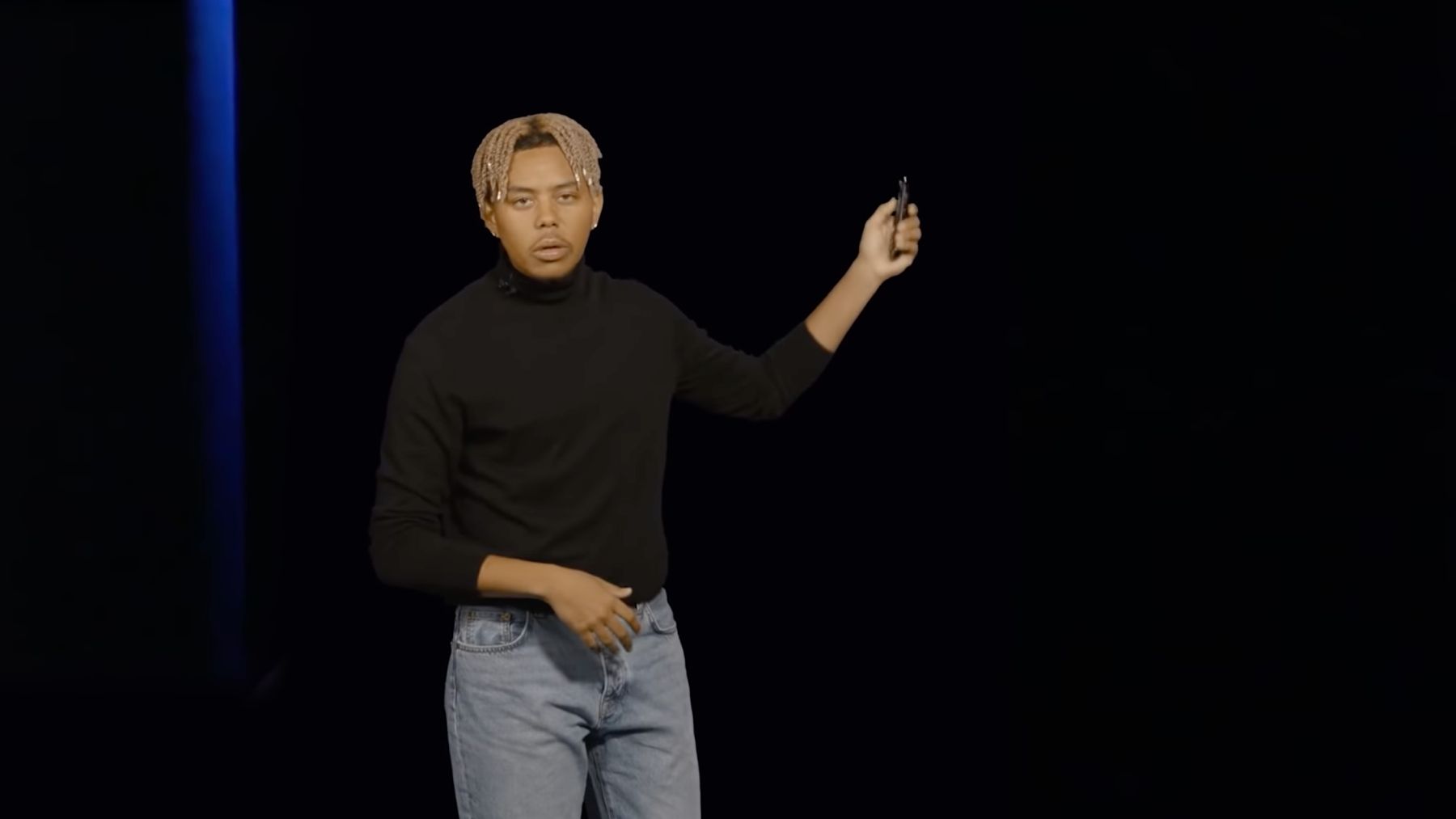 Cordae fired up his slideshow deck and busted out the black turtle neck to announce the release date for his new album, From a Bird’s Eye View, set to arrive Jan. 14, 2022.

Donning a classic Steve Jobs look, the rapper shared a short spoof of big tech keynote speeches, calmly pacing the stage as he intoned, “This is a day I’ve been looking forward to for two-and-a-half years. As a creative and an innovator, we must always aim to outdo ourselves. And with that being said, I present to you my second body of work, From a Bird’s Eye View.”

From a Bird’s Eye View will feature two previously-released tracks, “Sinister,” featuring Lil Wayne and “Super.” The latter received a video back in October, in which Cordae also took some shots at corporate culture, playing the world-conquering CEO of “Cordae Cola.”

From a Bird’s Eye View marks Cordae’s second studio album, following his 2019 debut, The Lost Boy. Back in April, he released a four-track EP, Just Until…, while he’s also dropped a steady stream of singles and collaborations throughout the year, including “Life Is Like a Dice Game” with Nas and Freddie Gibbs, and a remix of Eminem’s “Killer.”