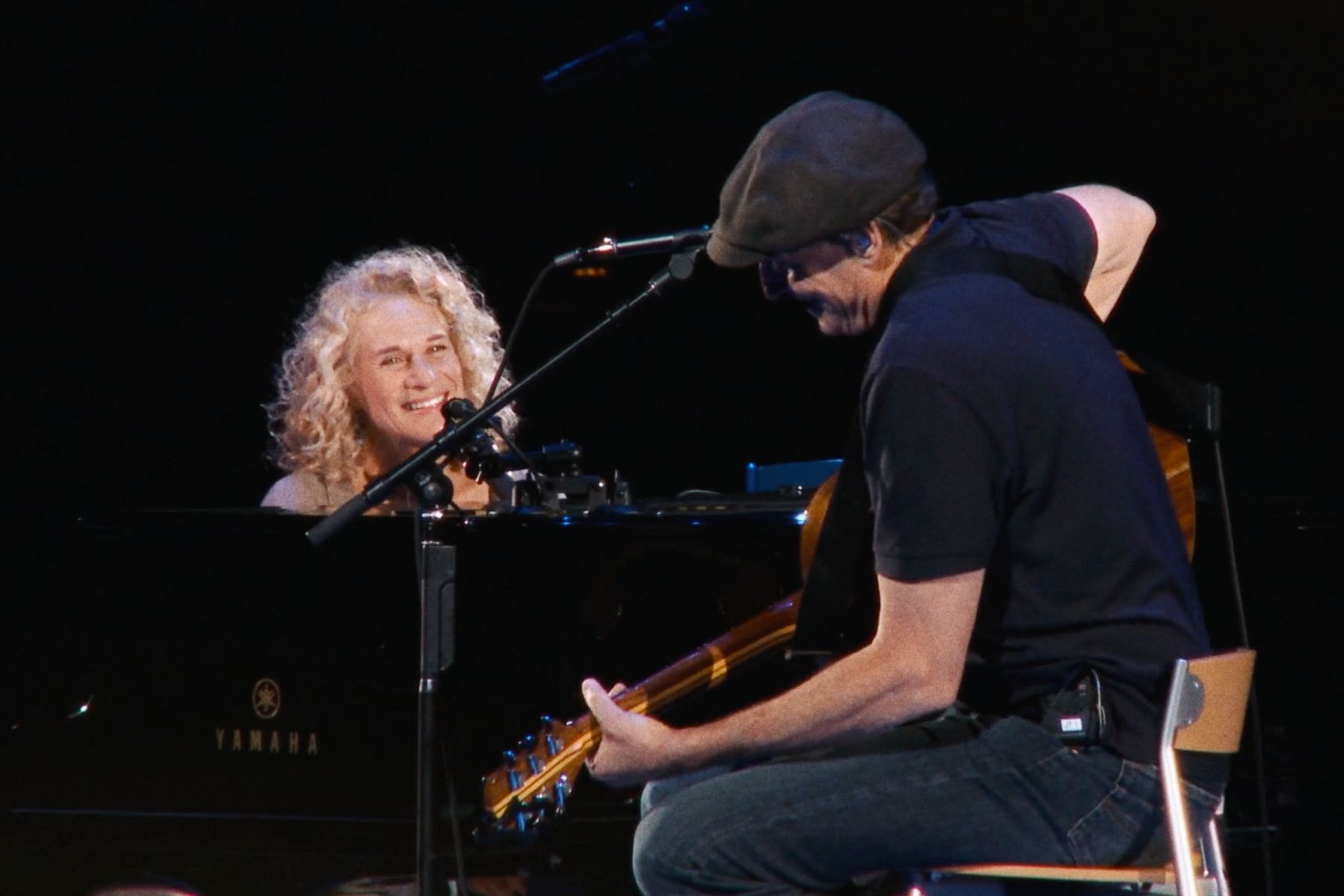 Carole King and James Taylor perform their own hits — alongside harmonizing on each other’s songs — in the new trailer for concert documentary Carole King & James Taylor: Just Call Out My Name. The film premieres on Jan. 2 at 9:00 p.m. ET via CNN and will livestream via CNNgo. It will be available on demand from Jan. 3 through Jan. 9 via cable and satellite providers, CNNgo, and CNN mobile apps.

The exclusive trailer includes archival photos from the first time they performed together in 1970 at the storied Troubadour, alongside King and Taylor being interviewed in July 2021 at the Southern New Hampshire University Arena in Manchester. The clip features setlist highlights from their 2010 Troubadour reunion tour, where they duet “It’s Too Late,” “Sweet Baby James,” and “You’ve Got a Friend.” King also delivers “So Far Away” and Taylor performs “Fire and Rain.”

Directed by Frank Marshall and commissioned by CNN Films and HBO Max, the documentary showcases previously unseen performance footage from their 1970 Troubadour concert debut, the pair reprising that show for the West Hollywood venue’s own 50th anniversary in 2007, and several full song performances from their 2010 reunion tour.

The documentary’s new interview with King and Taylor, coupled with their performances, highlight the camaraderie and chemistry radiating from their enduring music and lifelong friendship. They reflect on their collaborative relationship and share several stories about their songs, including “You’ve Got a Friend.” In the film, King explains the song “purely came through me.” Taylor first heard King play the then new song at soundcheck before their debut Troubadour show together, and they share how he came to cover it. Band members of the Section — Danny Kortchmar, Russ Kunkel, and Lee Sklar — who backed the duo through all three concert eras are also interviewed, along with insight from musician/producer Peter Asher.