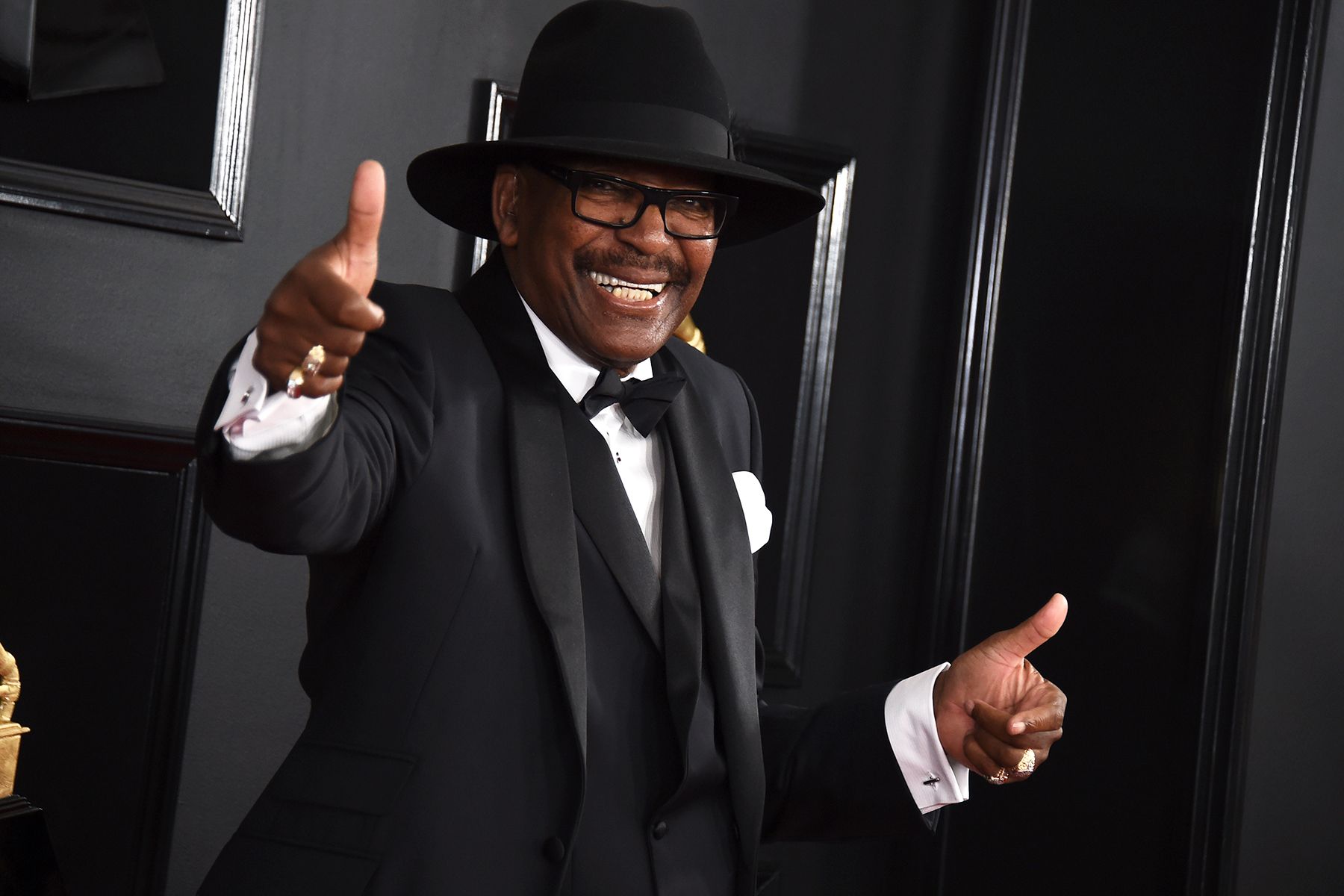 Calvin Simon, a founding member of Parliament-Funkadelic, died on Thursday. He was 79.

Simon joined George Clinton’s doo-wop group the Parliaments in the late Fifties along with singers Fuzzy Haskins and Grady Thomas. He continued to be a member of the group through its various permutations, from R&B to acid-rock to funk, through 1977 when he left over disputes over finances and management. During his tenure with P-Funk, he contributed to Parliament’s classic Mothership Connection and Funkentelechy vs. the Placebo Syndrome and Funkadelic’s Maggot Brain and Cosmic Slop. He was inducted into the Rock and Roll Hall of Fame alongside many other members of Parliament-Funkadelic in 1997.

Norman Jewison: Why Sidney Poitier Was Perfect for 'In the Heat of the Night'

Sidney Poitier, Oscar-Winning Actor and Activist Who Made History, Dead at 94

“Rest in peace to my P-Funk brother,” Clinton wrote on Facebook. “Fly on, Calvin!”

Simon was born on May 22, 1942, in Beckley, West Virginia, where he sang in the church choir for weekly radio broadcasts. His family moved to New Jersey when he was 13, where he found work as a barber. He teamed up with fellow barbers Clinton and Grady Thomas and their customers, Ray Davis and Fuzzy Haskins, to form the Parliaments, which aspired to sound like Frankie Lymon and the Teenagers.

In his 2014 memoir, Clinton likened Simon’s voice to the Temptations’ David Ruffin. The quintet later moved to Detroit in the mid-Sixties to be closer to the Motown scene. They eventually scored a hit with “(I Wanna) Testify” in 1967. Simon was drafted that year and served in Vietnam. “The thing that means the most to me is how I handled the PTSD from my service in the Vietnam War,” he once said. “I was able to keep the genie in the bottle, so to speak, and did not allow the evil thoughts to break through and manifest into actions.”

The Parliaments changed their name to Funkadelic after a dispute with their label, and after they won the rights back to their name, they shortened it to Parliament. By this point, Parliament was more of a commercial R&B group while Funkadelic made less polished underground records. Nevertheless, both bands toured together with a replica “mothership” from 1976 until 1981.

In his Rock Hall induction speech in 1997, Simon first joked by thanking “the Academy,” which garnered laughs from the crowd. Then he got more serious. “I would like to thank all of our fans and our peers,” he said. “And I would also like to thank God for sparing us to be able to receive this.”

Even years later, after he dedicated himself to gospel music, he recognized his place in music as a trailblazer. “I see a whole lot of things people have done over the years,” he told the Tampa Bay Times in 2017. “We opened the way for Prince, and Dr. Dre and Snoop Dogg. In gospel, Kirk Franklin took one of our tunes for a track. We learned the hard lessons with record labels and people now know better. They know they need to own themselves.”

After leaving the group, Simon, Haskins, and Thomas released an album, Connections & Disconnections, under the Funkadelic name in 1981. The musicians also later used the name Original P for the 1998 album What Dat Shakin’ and 2001’s Original P Introducing the Westbound Souljaz. He eventually turned his attention to gospel music and put out his solo debut, Share the News, in 2004 on his own Simon Sayz label; the album made it up to Number 21 on Billboard’s Gospel Albums chart, according to his website.

Around that time, he returned to his hometown of Beckley to help build a new building for Sky Baptist Church, where he was rebaptized. While he was preparing to tour for the album, he had trouble singing and was diagnosed with thyroid cancer. He underwent throat surgery and survived to release the albums It’s Not Too Late, which came out shortly after Calvin lost his wife Jennifer to cancer, and I Believe.

Regarding his gospel music, Simon maintained it wasn’t different in spirit to Parliament-Funkadelic. “There was such a positive message and vibe to the original music of Parliament-Funkadelic that was delivered in a fun way,” he said in a press release for I Believe. “True music, true arrangements, pure joy. I think long-term fans will again relate to that side of the music. New fans can experience my version of gospel music, which I call ‘Sanctified Funk.’ It’s music without the synthesizers and auto-tuning.”

In 2017, he hoped to tour and spread the religious message of his new music. “I want to go around the country singing these songs, with this music, this message, this band,” he told the Tampa Bay Times. “This is what I want to do with the rest of my life. I hope somebody along the way will find something in the music and it will bring them to Jesus as well.”