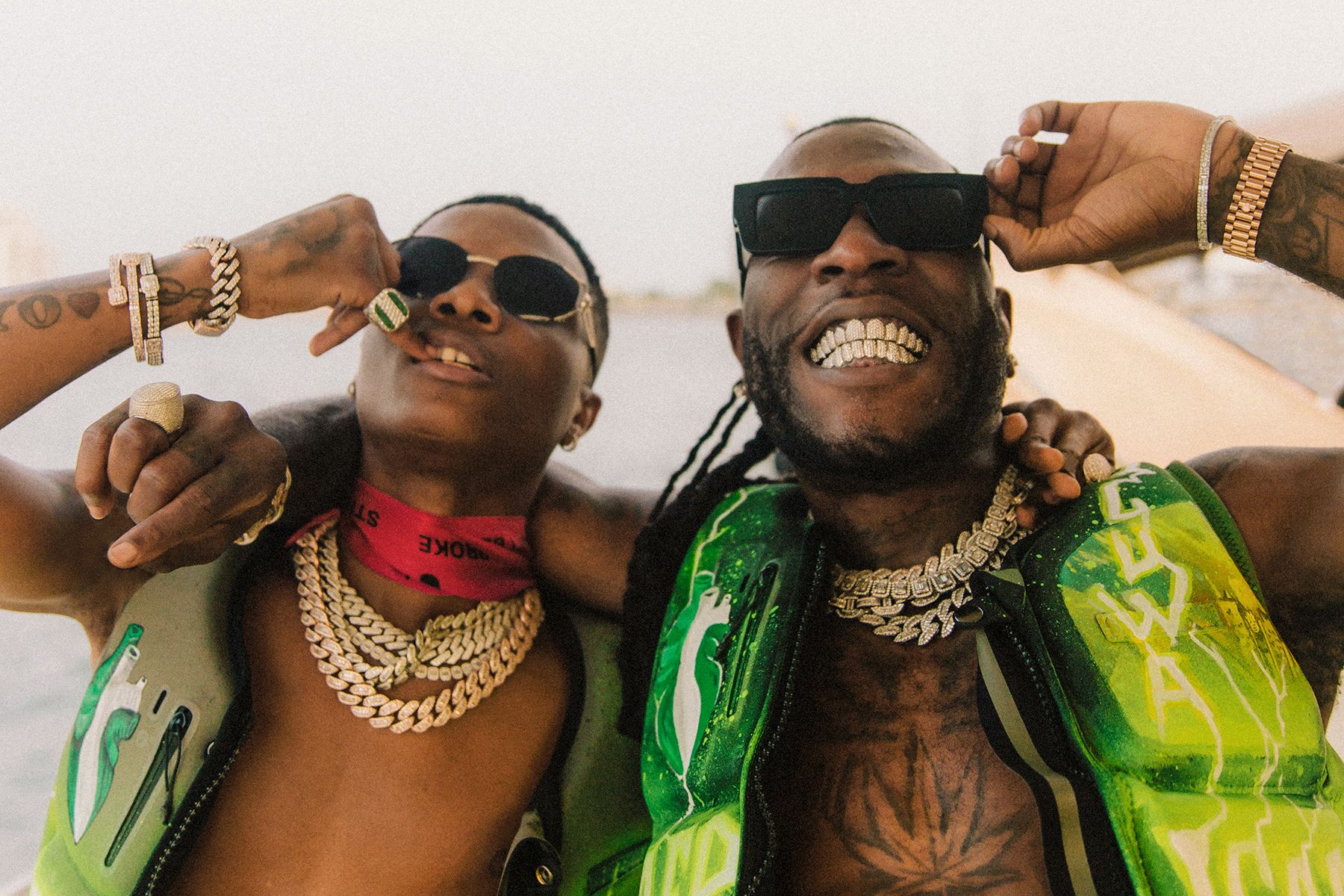 Following their collaboration on “Ginger,” Burna Boy Wizkid join forces yet again for “B. d’Or,” a collaboration first revealed during Wizkid’s sold-out run at O2 Arena in London earlier this month. The song takes its name from the Ballon d’Or, a prestigious professional soccer trophy for extraordinary male players, and finds the Nigerian superstars exchanging slick boasts in their native Pidgin and Yoruba dialects.

With its urgent strings and sharp percussion, the boisterous new track was produced by P2J, a prolific Afropop and hip-hop producer who fans might recall was a co-producer on the single “Essence,” Rolling Stone’s best song of the year, alongside production duo Legendury Beatz.

“B. d’Or” comes after Burna’s most recent single “Want It All,” featuring Polo G, as well as the announcement of his headlining show at Madison Square Garden next April. His one-night-only performance will make him the first Nigerian artist to ever headline at the storied venue. Wizkid’s latest, the Made in Lagos deluxe edition, was released in August.