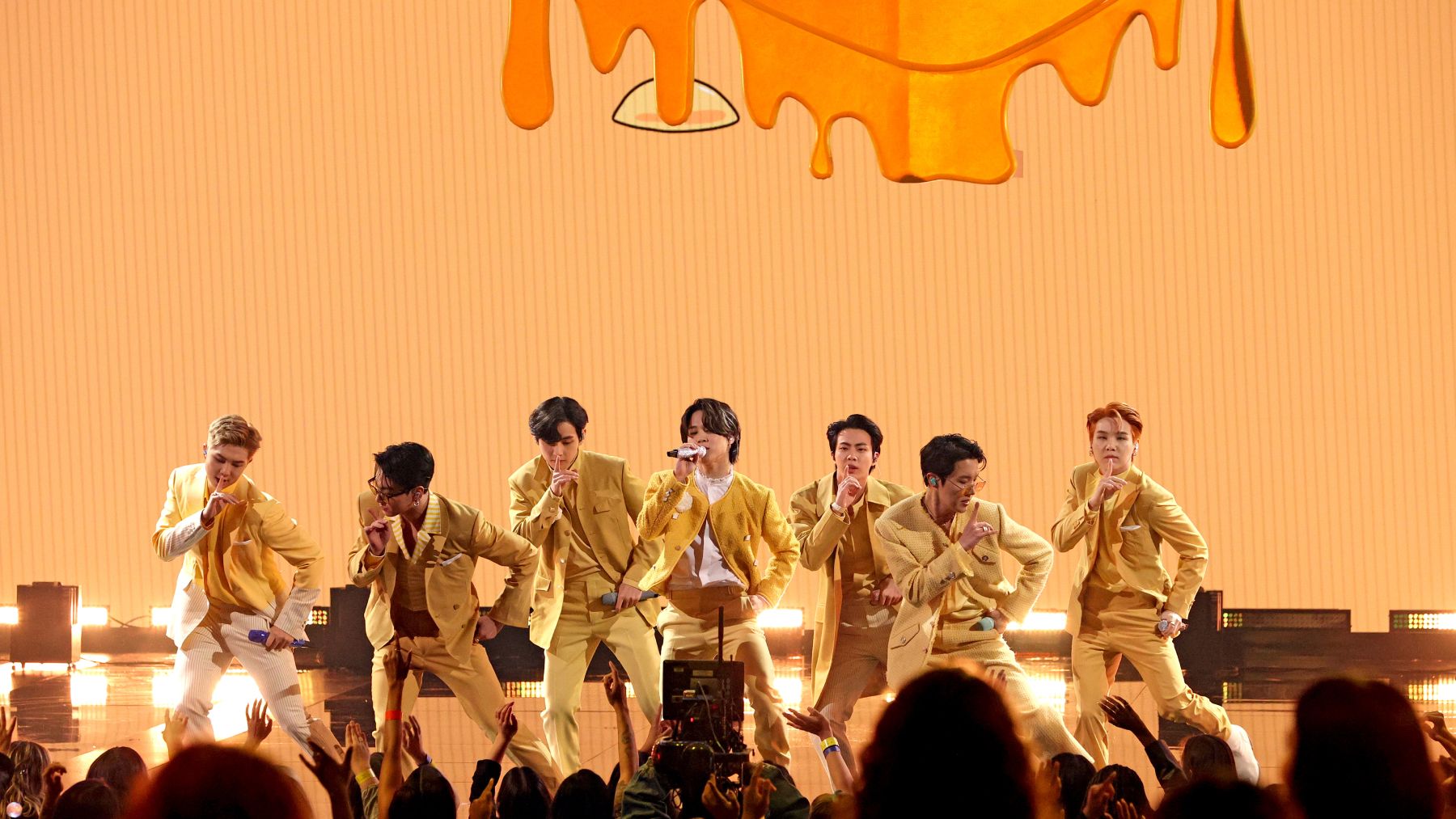 BTS welcomed Megan Thee Stallion to the stage for the first-ever live performance of their “Butter” remix on night two of the Korean outfit’s four-night stand at SoFi Stadium in Los Angeles Sunday, Nov. 28.

The performance was captured on a handful of fan-shot videos, with BTS breezing through the first bit of the song on a light-up platform that extended out from the main stage. Megan then appeared on that main stage, rolled through her verse, then strolled down to join BTS for the song’s big finale.

“Butter” first arrived in May, and quickly landed at the top of the Billboard Hot 100 chart (BTS’ July follow-up, “Permission to Dance,” achieved the same feat). Megan Thee Stallion’s “Butter” remix arrived in August, although not without a bit of drama, as it was released after the rapper won a court battle against her record label, 1501 Certified Entertainment, whom she claimed was blocking the release of the track.

BTS have two more Permission to Dance on Stage gigs scheduled in Los Angeles, on Dec. 1 and 2. The concerts cap off a massive year for the recent Rolling Stone cover stars, who not only scored their two Number Ones with “Butter” and “Permission to Dance,” but featured on a third, Coldplay’s “My Universe.” The group also picked up their second Grammy nomination, with “Butter” earning a look for Best Pop Duo/Group Performance.

BTS Arrive in LA for String of Shows: Here's Where to Find BTS Tickets Online

But despite the group’s huge pop achievements this year, BTS were shut out of the major Grammy categories, something RM may have been alluding to when he said he still felt Korean artists faced an “invisible wall,” during a press conference Sunday (per The Korea Herald). “We secured the AMAs’ artist of the year and a Grammy nomination, which means a lot to an artist,” he said. “Still, I feel there is an invisible wall, such as our identity as an artist who began its career in South Korea and language limitations.”