A recent debate over a lyric in a beloved Bruce Springsteen song has been settled by one of the rock legend’s closest collaborators.

Fans descended on the tweet, notifying Haberman that Mary’s dress doesn’t “sways,” it “waves.” That resulted in fans from the pro-“sways” camp to come to her defense, with a recent Los Angeles Times article breaking down the heated debate taking place on social media.

Both sides of the “sways”/”waves” spat had evidence in their favor: Both the lyrics in the original gatefold of the 1975 album and the lyric database on Springsteen’s official website shows the lyric as “waves,” even though handwritten lyric sheets from the era touted “sways,” as does Springsteen’s own memoir Born to Run.

Back to Live, Back to Reality

While reps for Springsteen declined to weigh in on the debate and collaborators like Steven Van Zandt were less than eager to provide clarity (“Oy vey! Get this Bruce lyric shit outta my feed,” he tweeted in response to an inquiry), Springsteen’s manager and Born to Run co-producer Jon Landau authoritatively settled the debate in an email to New Yorker’s David Remnick.

Variety reported that on Saturday afternoon, the official Springsteen website still noted that “Mary’s dress waves” on the “Thunder Road” lyrics page; however, as of Sunday morning, that page has since been updated to state, in fact, that “Mary’s dress sways.” 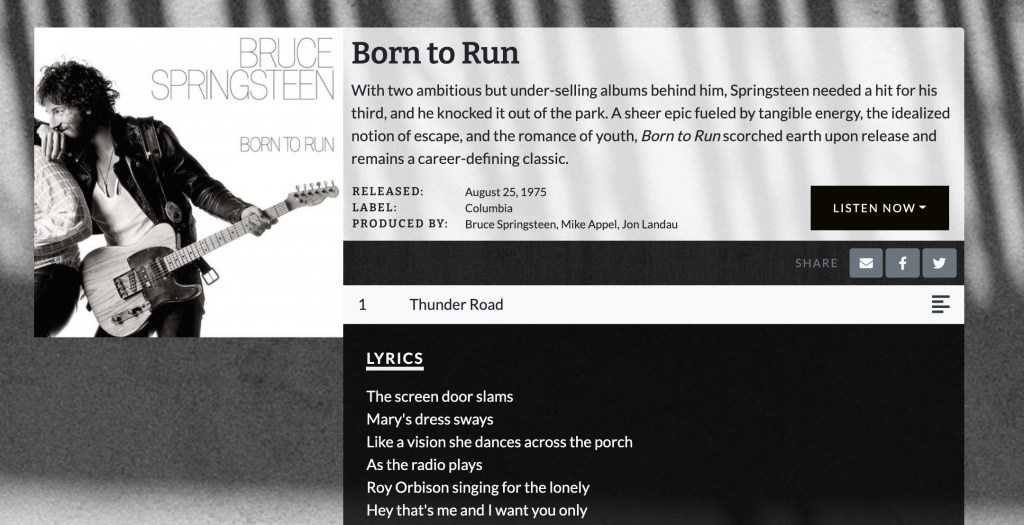