Following a weekend where Bon Iver fully returned to the stage for the first time in over two years, Justin Vernon and company have mapped out a U.S. tour that will begin in spring 2022.

The southern half of the amphitheater trek kicks off March 30th in Mesa, Arizona, through an April 15th gig in Miami, with the second leg beginning June 3rd at Queens, New York’s Forest Hills Stadium and concluding June 25th at Asheville’s Rabbit Rabbit.

Bon Iver — featuring Vernon alongside current bandmates Sean Carey, Jenn Wasner, Mike Lewis, Matt McCaughan, and Andy Fitzpatrick — performed a pair of concerts this past weekend at Los Angeles’ YouTube Theater to celebrate the 10th anniversary of Bon Iver, Bon Iver; a reissue of that 2011 album is due out March 25th, 2022, complete with five songs from Bon Iver’s AIR Studios session and an essay penned by noted fan Phoebe Bridgers.

Dijon will serve as the opening act for the first half of the trek, with Bonny Light Horseman onboard for the second half. Bon Iver last toured in 2019 in support of their 2019 LP i, i, with the band playing arenas like Brooklyn’s Barclays Center. 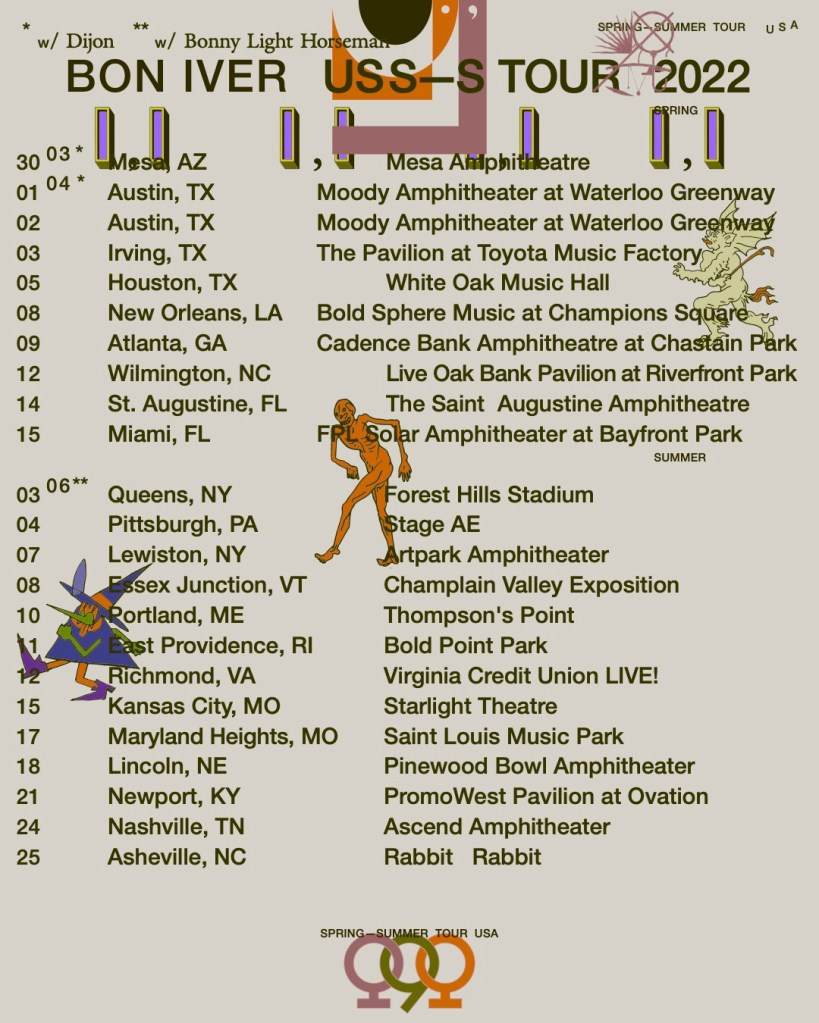