Big Thief’s Adrianne Lenker had wasted no time in quarantine. The Brooklyn singer-songwriter will release two new albums, Songs and Instrumentals, on October 23rd via 4AD.

Ahead of the release, Lenker shared “Anything,” which features her playing acoustic guitar with a paintbrush. “Grocery store list, now you get pissed/Unchecked calls and messages,” she sings softly. “I don’t wanna be the owner of your fantasy/I just wanna be a part of your family.”

Songs and Instrumentals mark Lenker’s third and fourth solo albums, following 2018’s Abysskiss. In a handwritten letter below, Lenker explained that she wrote and recorded the albums in April, directly after Big Thief’s tour was canceled due to the pandemic. She rented a cabin in the mountains of western Massachusetts and recruited engineer Philip Weinrobe to record.

“As I settled into the cabin over the course of a month, I grew really connected to the space itself,” she wrote. “The one-room cabin felt like the inside of an acoustic guitar — it was such a joy to hear the notes reverberate in the space. I had a handful of songs that I was planning on recording, but by the time Phil arrived I was on a whole new level of heartsick, and the songs were flying through my ears. I was basically lying in the dirt half the time. We went with the flow. A lot of the focus was on getting nourishment from our meals. We cooked directly on the woodstove, and we went on walks to the creek every day to bathe.”

“I’m grateful that this music has come into existence,” she added. “These songs have helped me heal. I hope that at least in some small way this music can be a friend to you.”

Songs and Instrumentals will be packaged together as a double LP, with covers depicting watercolor paintings by her grandmother, Diane Lee. They’re currently available for preorder here. 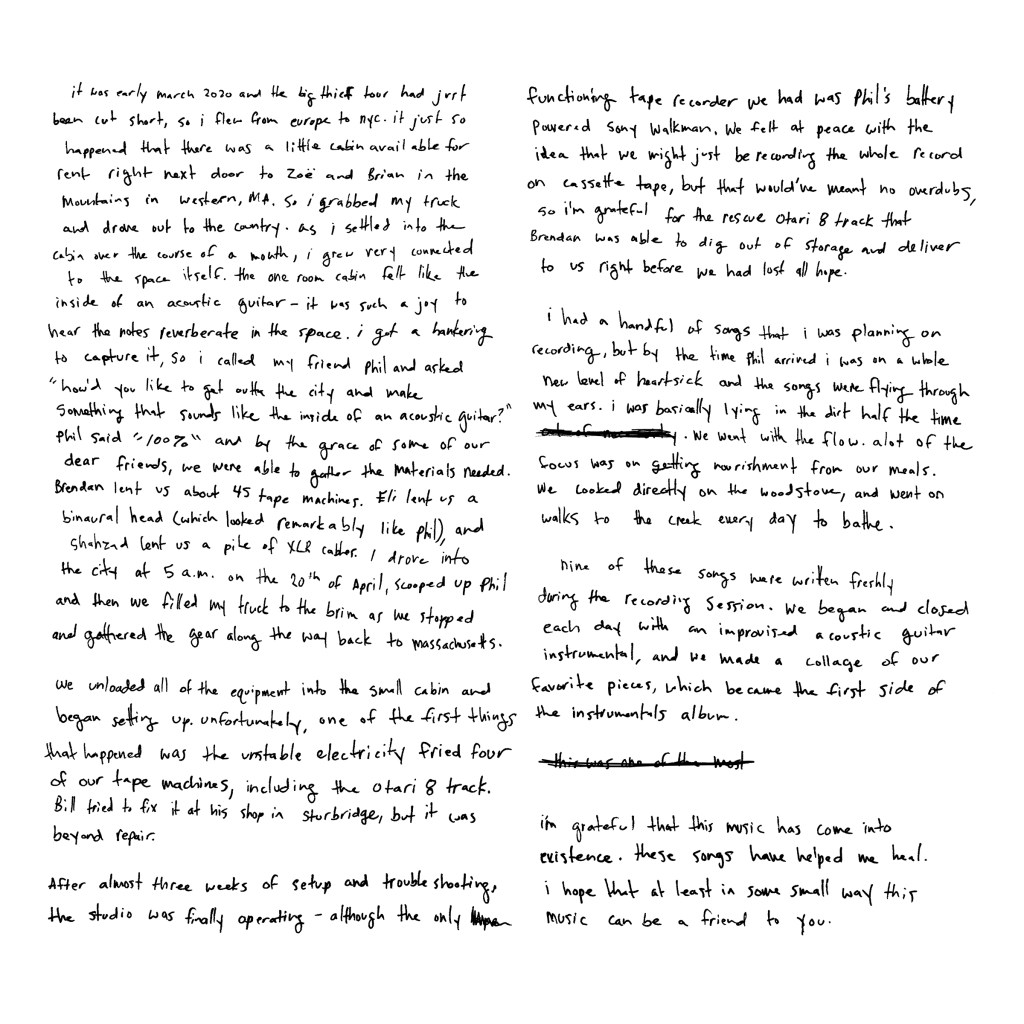