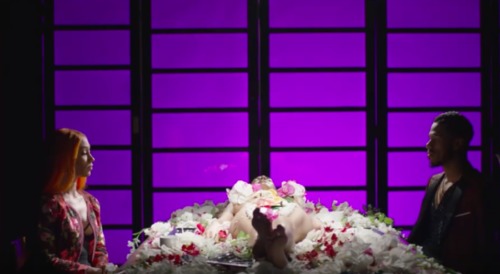 Kayo Genesis’ debut album, Bad Sushi, spawned over 1M streams with infectious singles like “Distance” and “Hometown”. Now, he’s officially released a visual for “Edible” which features BIA. The single can be found on Bad Sushi and has been dubbed as a fan favorite. The in-demand artist of the moment, BIA, appears in the Asian inspired video, which was directed by Alyse Kano and produced by Nine x Three Films. The single however, was produced by Trakmatic and IDK.