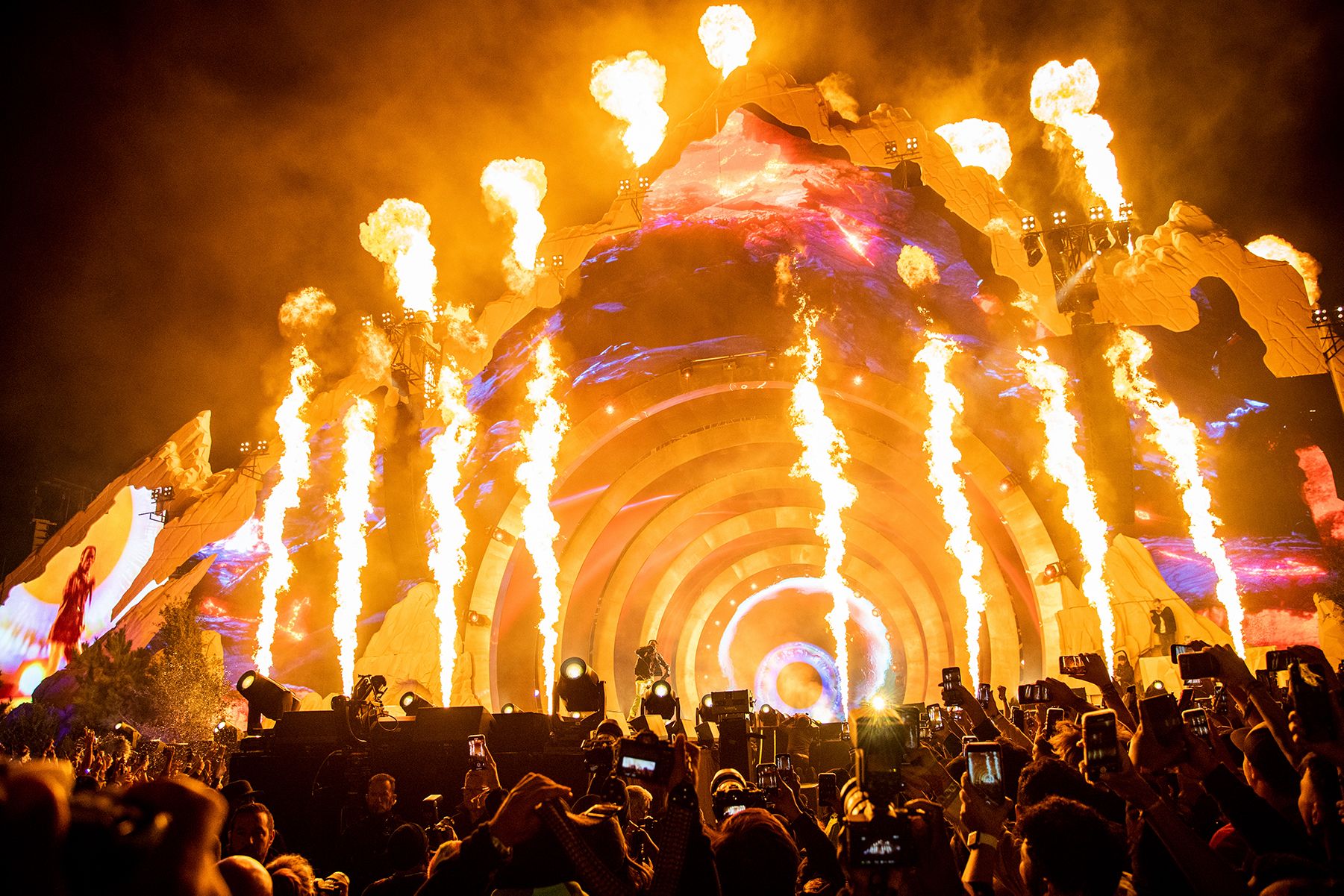 Attorneys Ben Crump and Alex Hilliard have filed lawsuits on behalf of over 200 victims from the Astroworld tragedy, the two attorneys told reporters outside of Harris County Civil Courthouse on Friday. The duo have filed 93 lawsuits, including one on Friday on behalf of 90 plaintiffs.

Among those Crump is representing is the family of nine-year-old Ezra Blount, who remains in critical condition after falling off his father’s shoulders and getting trampled during the crowd rush. Crump said Blount’s family didn’t have a further update on Ezra’s health beyond asking for prayers.

Nine people have died so far following the festival, the most recent being 22-year-old Bharti Shahani, whose family confirmed her death Thursday after Shahani spent several days on a ventilator at Houston Methodist Hospital.

Las Vegas Police 'Adjust' Day N Vegas Plans After Astroworld Tragedy: 'We Don't Want a Repeat of That in Our City'

'Unprepared and Unseasoned': Astroworld Employees On How Disorganized Festival Ended in Tragedy

There are 20 different defendants across the lawsuits, Crump said, including Travis Scott and concert promotion giant Live Nation, who were both named in the new suit. During the Friday conference, Crump most directly pointed toward Live Nation, who he said needs particular focus given their place as the largest body in the concert space.

“This lawsuit isn’t just about seeing justice for [the victims]. It’s about making sure that Live Nation and all of the organizers, promoters, and anybody else who had anything to do with the failure here know that you cannot allow this to ever happen in the future, even if you have to immediately stop the concert,” Crump said. “We don’t want it to get lost that Live Nation is the largest concert promoter in the world. They do these every day. If Travis Scott is accountable, he absolutely should be held accountable. If we want the change to make sure people are going to be safe, we have to talk to the industry leader, that’s the only way you get change, that we save lives.”

“We continue to support and assist local authorities in their ongoing investigation so that both the fans who attended and their families can get the answers they want and deserve, and we will address all legal matters at the appropriate time,” Live Nation said in a statement.

Scott and his team released a statement Thursday encouraging victims’ families to reach out directly to him.

“Over the last week, Travis Scott and his team have been actively exploring routes of connection with each and every family affected by the tragedy through the appropriate liaisons,” the statement said. He is distraught by the situation and desperately wishes to share his condolences and provide aid to them as soon as possible, but wants to remain respectful of each family’s wishes on how they’d best like to be connected. To those families who would like to reach out directly to his team, please send an email to the below address where we will have a team on hand to assist. [email protected]”

Hilliard similarly focused on organizers, noting that issues began well before the concert started over a lack of planning and compounded with understaffed medical experts. He described the event as “45 minutes of torture.” Hilliard said that through their own inspection of NRG Park following the incident, the lawyers’ own team determined the concert should’ve never been approved.

Accompanying Crump and Hilliard at the conference were several plaintiffs in the suit who said they suffered physical injuries and/or psychological damages since attending Astroworld.

34-year-old Houston resident Uniqua Smith, who was near the front lefthand of the stage — where several of those who died were — recalled a woman behind her suffering a seizure as the crowd rushed toward the stage as Travis Scott’s set began.

“The Astroworld music festival was by far the most traumatizing experience of my life,” she said, adding that she didn’t know anyone had died until the next morning. “I remember being crushed from every side from human bodies all around me. I was not able to stand on my own. By the third or fourth song, I remember trying to make my way out of the crowd and tapped a woman to ask her to move out of my way; you could tell she was having trouble breathing on her own. The woman began to have a seizure. Her best friend started screaming out, ‘Oh my god she’s having a seizure, please someone get a medic.'”

The woman, Smith said, fell to the ground by Smith’s feet, and Smith tried to avoid falling on top of her. Smith eventually got out and fainted as soon as she was away from the crowd.

“There’s discussions in person and online about what people in the crowd should have done, saying ‘if you were in the crowd and you know that people dying around you, why didn’t you help,'” Smith said. “I’m not a licensed medical professional. The only thing I could think about was me not falling on top of this woman and not crushing her to death. I’m not trained for how to respond to a crisis like that.”

25-year-old Reyna Iraheta described a hectic environment from the moment she entered the festival grounds. People fought by the merchandise lines, water was scarce and authorities didn’t stop the chaos.

31-year-old Dishon Isaac said he saw Danish Baig — who died at the festival trying to help his fiancee — in the crowd as Isaac tried to get away from the chaos.

“When Travis came out, I realized I had to get out of there or I’d get crushed to death,” Isaac said. He eventually made his way to a fence on the side of the crowd where several people had fallen down. Those on the ground were trying to use him to prop themselves back up.”

“I remember thinking if I fall, it’s over for me,” he said. He eventually made it out of the crowd, where he sat down in a daze for a few minutes on the sidewalk and eventually walking home. “I’ll never forget the look of terror on people’s faces. That’s the thing that will stick with me the most.”

59-year-old Gertrude Daughtry said she hurt her back and ankle at the concert after she herself was knocked down in the crowd. “I literally thought I was going to die,” she said with tears in her eyes. “It was a nightmare I couldn’t forget. I can’t sleep at night. Every time I close my eyes I see it.”