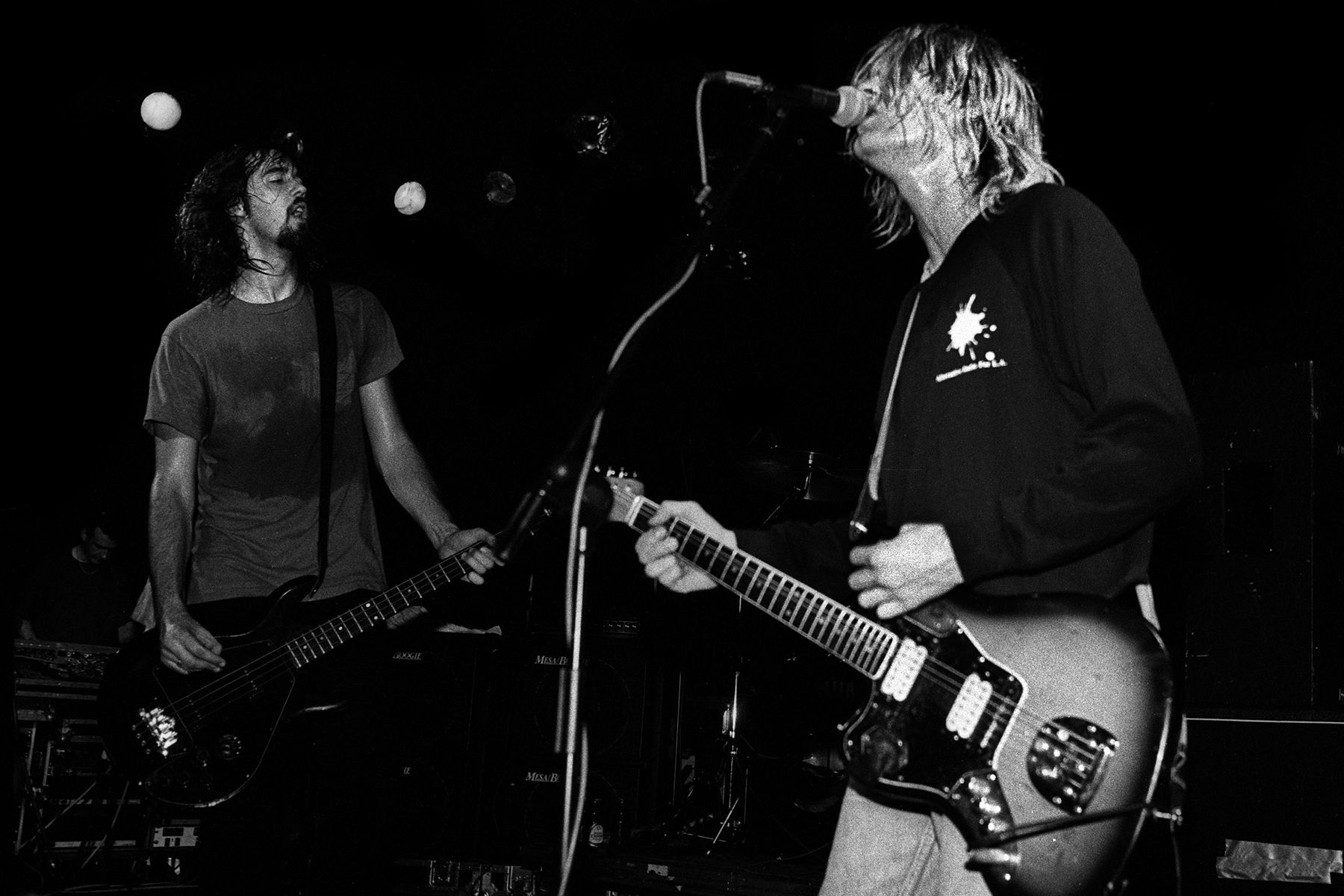 The new complaint, filed in federal court in Los Angeles, seeks to bolster Elden’s position that the photo of him at four months old, shot by photographer Kirk Weddle and used on the Seattle band’s seminal album, was intended to be sexual in nature. It repeats the assertion that Weddle intended to “trigger a visceral sexual response from the viewer” by activating “Spencer’s ‘gag reflex’ before throwing him underwater in poses highlighting and emphasizing Spencer’s exposed genitals.” Then without elaboration, it adds the line: “Weddle soon after produced photographs of Spencer dressed up and depicted as Hugh Hefner.”

Bob Lewis, the lawyer who filed the amended complaint, did not immediately respond to a request for comment from Rolling Stone.

In another new section of the updated complaint, Elden’s camp highlights excerpts from Cobain’s personal journals, which were published by Riverhead Books in 2002, ostensibly to further build the case that the Nevermind cover was meant to be “lascivious.”

The new paperwork states: “Undated journals written by Cobain sketch the album cover in a sexual manner, with semen all over it. In several instances, the journals describe Cobain’s twisted vision for the Nevermind album cover, along with his emotional struggles: ‘I like to make incisions into the belly of infants then fuck the incision until the child dies.’”

The lawyer listed on the court’s website as representing the remaining band member defendants did not respond to phone and email requests for comment from Rolling Stone on Monday.

In addition to Channing, the amended complaint no longer names Warner Music as a defendant, nor Heather Parry and Guy Oseary. Parry and Oseary were previously listed as managers of Cobain’s estate. The new paperwork still includes Courtney Love, the estate’s executor, as a defendant.

Love and the other defendants did not return Rolling Stone’s requests for comment when Elden first filed his lawsuit Aug. 24. Love, however, did appear to respond in a cryptic Instagram post the next day, writing in a caption, “I don’t even hate the legal profession in LA county… I’ve got nothing much on my mind. Except weird lawsuits and the sad passing of Charlie Watts.”

Elden claims he has suffered “extreme and permanent emotional distress” due to the cover and is seeking “at minimum” $150,000 from each defendant. He says neither he nor his guardians “ever signed a release authorizing the use of any images of Spencer or of his likeness, and certainly not of commercial child pornography depicting him.”

Elden’s father, who was friends with Weddle, previously told NPR that he and Elden’s mom were paid $200 for the shoot at the Rose Bowl Aquatics Center in Pasadena, California.

Channing was named in Elden’s original lawsuit even though he left Nirvana in 1990, a year before Nevermind rocketed the band to worldwide fame.