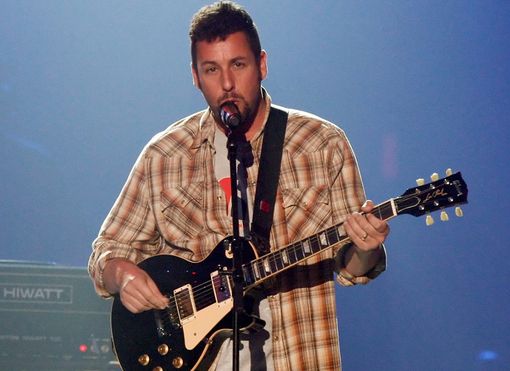 Following his win for Best Male Lead at the Independent Spirit Awards, will be the recipient of the 2020 Founders Award. The actor, comedian and musician will be honored at the 37th annual Pop Music Awards, held on April 28th in Los Angeles.

ASCAP — the American Society of Composers, Authors and Publishers — acknowledged Sandler classics such as “The Chanukah Song,” “The Thanksgiving Song,” “Lunchlady Land” and “Red Hooded Sweatshirt” as additions to the musical comedy canon.

“Adam is a giant of comedy, and so many of his most hilarious onscreen moments are based in music and song,” President and Chairman of the Board Paul Williams said in a statement.

“From ‘Opera Man’ to ‘The Chanukah Song’ to ‘Grow Old With You,’ Adam’s genius ability to seamlessly blend comedy and music helps us all appreciate the wonders and absurdities of life and love. ASCAP is honored to recognize Adam Sandler for his singular contributions to the comedy music canon.”

Sandler recently portrayed an opal-obsessed New York City jeweler in Uncut Gems; he was snubbed at the 2020 Academy Awards.

“Tonight, as I look around this room, I realize the Independent Spirit Awards are the ‘Best Personality’ awards of Hollywood,” he said in his hilarious acceptance speech at the previous awards show. “So when those feather-haired douchebag motherfuckers get their Oscars tomorrow night, their handsome good looks will fade in time, while our independent personalities will shine on forever!”