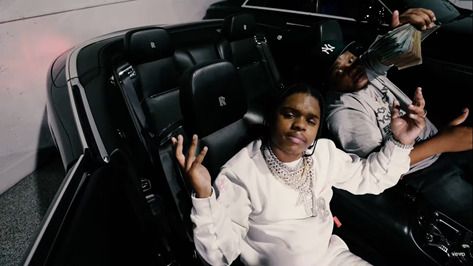 Hip-Hop artist 42 Dugg dropped a brand-new music video for “Turnest N**** In The City,” which is off his acclaimed mixtape “Free Dem Boyz” that debuted at No. 8 on the Billboard 200 charts.

Directed by Gerard Victor, the visual puts the spotlight on Dugg and the CMG family – with appearances from Yo Gotti and EST Gee – as they enjoy their successes on a private yacht in Miami along with luxury cars, beautiful women and more.

The new visual comes fresh off Dugg’s fiery performance at this weekend’s Rolling Loud Festival in Miami, where he made his major festival debut on Day 1 of the three-day event. Later in the weekend, Dugg appeared on Lil Baby’s set for a rousing performance of their massive single, “We Paid.”

“Turnest N**** In The City” is off Dugg’s latest project, Free Dem Boyz, which debuted at No. 8 on the Billboard 200 charts in May. The project included star-studded collaborations with Future, Roddy Ricch, Lil Durk, EST Gee, Rowdy Rebel and Fivio Foreign.

Dugg has blossomed into one of hip-hop’s rising stars with his gritty lyrics, fluid flow and trademark whistle. This year he was named to XXL’s highly coveted Freshman Class, appearing on the cover and turning out for the annual Freshman Class Cyphers alongside Pooh Shiesty, Flo Milli and Rubi Rose, among others.

Dugg has continued to deliver a combination of explosive verses and introspective bars, recently featuring in tracks alongside Tyler, The Creator (“Lemonhead”), the late Pop Smoke (“Bout A Million”), Big Sean (“Friday Night Cypher”), Latto (“Off Top”), Meek Mill (“GTA”) and many more. His 2020 project, Young & Turnt 2, served as his debut on the Billboard 200 chart and peaked at No. 6 on Billboard’s Independent Album chart.