We’re now halfway through the year.  How has it been for you?  It seems you can’t go online without being hit with the news of some disaster, some high profile celebrity death, or crass, divisive politics.  Post-millennium tension is nothing new… we’ve been sliding into meltdown for quite some time but we always have music to save us…don’t we? 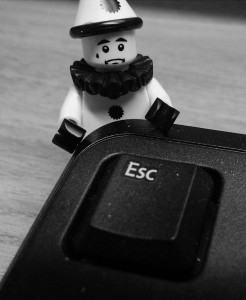 2016 is a year in which we are acknowledging music losses rather than musical gains.  The deaths of Bowie, Prince, among others were universally mourned due to the recognition of influence, of difference, and served as a reminder of the bland monotony of today’s ‘popular’.

Today’s ‘rock royalty’ are firmly established, so much so that comeback singles can be underwhelming (Rihanna, Beyonce) and festival headliner choices can be predictable, safe and occasionally plodding (see Coldplay and Adele at Glastonbury last week).  I am not knocking these artists specifically but in a world of chaos and near anarchy where are the young upstarts looking to make a noise?  Where are the new guitar bands looking to topple the old-timers?  All the big concerts now are the reunions of dinosaurs.  In a way it is great that the age of digital streaming has seen a revival and exposure of these bands to a younger generation, but who will become these acts in another 15-20 years?

Should music reflect the climate around us, or should it act as a means of escape?

If we want safety, away from society’s aggression then perhaps these artists are the perfect anti-soundtrack.  The guitar bands that are most popular right now are formulaic and artificial.  A Maroon 5 song might sound nice and polished but what is the song about?  Is it telling me anything new?  Is it breaking any boundaries?  Look around and there are artists who are speaking out, who are trying to make a difference but they don’t have the same budgets as those Corporates who seem to be as unimaginative as the artists they bankroll.  Music should be about the Art, about the statement.  Money talks of course, but it shouldn’t be a defining factor.

40 years ago we had the ‘summer of punk’, a short-lived burst of excitement that threatened society and the Top 10.  We shouldn’t constantly be looking to replicate the past but some individuality paired with that spirit should not be outside the realms of possibility

The times they are a-changing and there needs to be more than one revolution.