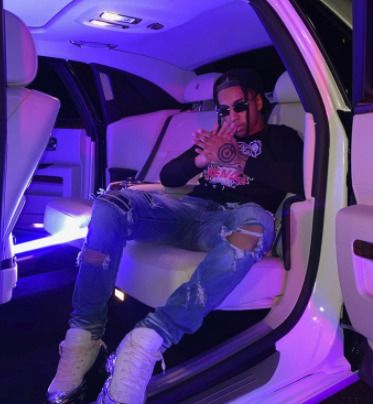 Tizzy Stackz is the man now.

The Toronto native is just 19 years old and saw breakout success with his single “Boujee” this past Spring of 2020. The song took off as a viral hit, landing on some major editorial playlists on Apple and Spotify, including Spotify’s “Viral 50 Canada” chart. To date, the single has over 1.5M streams on Spotify, alone. The video has been generating quite a buzz as well.

Following up the massive hit – with expectations on high – Tizzy connects with Dancehall/Reggae legend, Busy Signal, for a high energy single, “Man Now.” While the record is energetic, it is also quite emotional as Tizzy conquers adversity in his lyrics – highlighting both their ambitions and how they’ve made it out of their respective environments.

There is a video in the works and will soon be delivered but for now, tap into the single below and take a peak at some behind-the-scenes clips of the upcoming video.