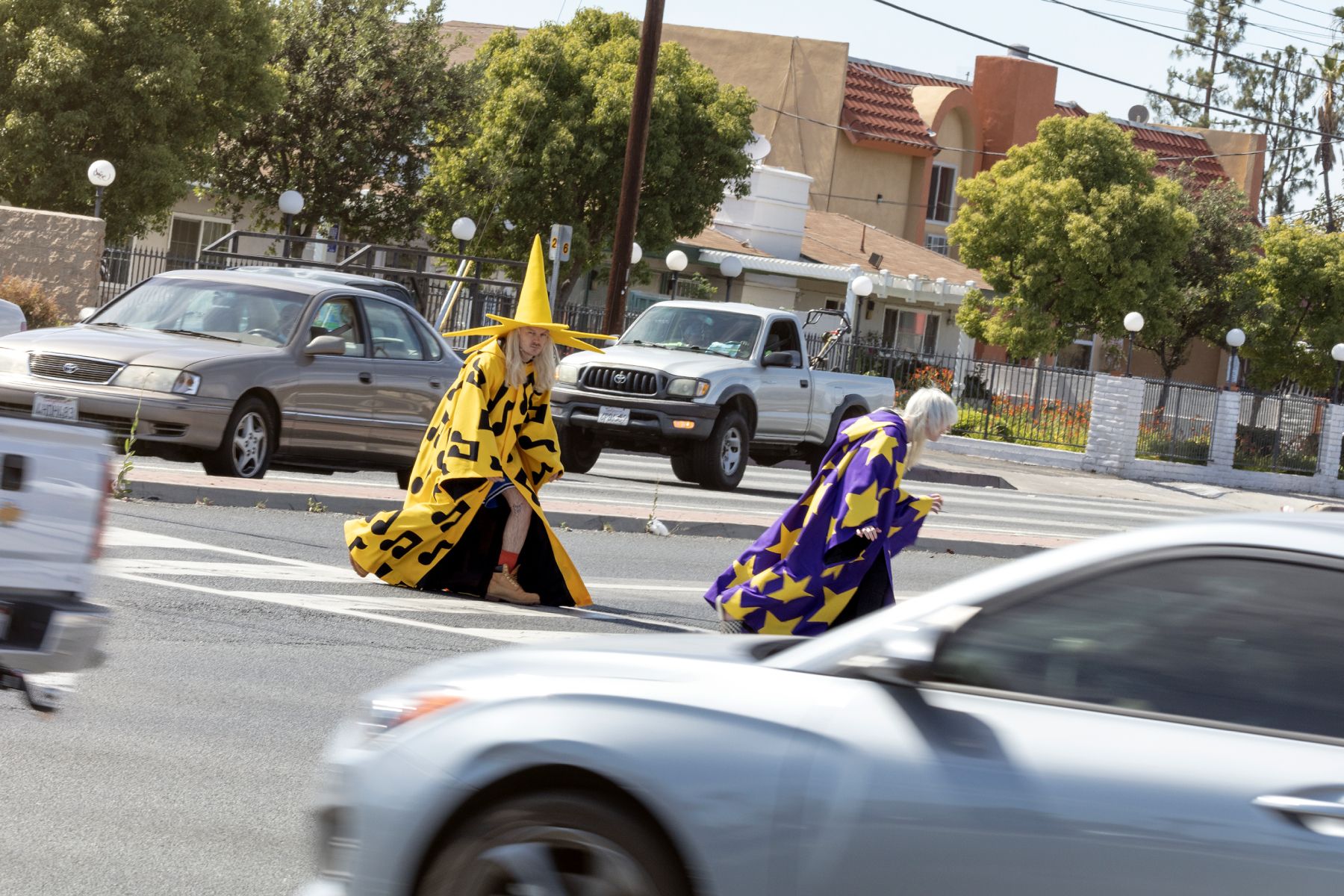 100 Gecs bust out the wizard robes in the new video for “Mememe,” the first offering the from the duo’s highly-anticipated next album, 10000 Gecs.

“Mememe” finds 100 Gecs delivering ska-style verses and sky-high arena rock hooks, though the entire song is characteristically peppered with genre-exploding flourishes. The “Mememe” visual is equally over-the-top, shot largely on a fish eye lens — often from the perspective of inside someone’s mouth — as 100 Gecs’ Dylan Brady and Laura Les dance and jump around a sunny field in luxurious wizard robes.

“Mememe” is one of a handful of new songs 100 Gecs have been previewing for audiences on their ongoing North American tour. The run continues tonight, Nov. 19, in California, and will wrap Dec. 12 in Boston.